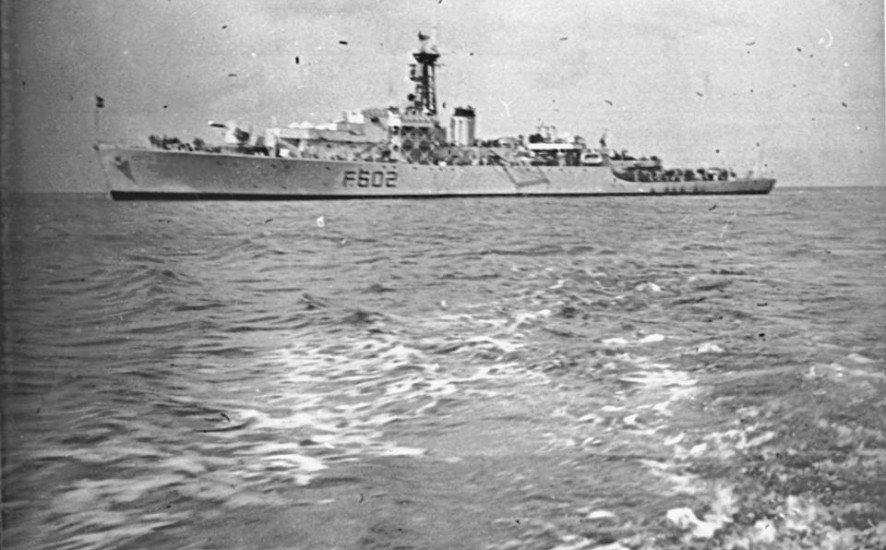 After building a small rock cairn with a metal Union of South Africa flag planted in it on Gunner’s Point, Lt-Cmdr Fairbairn reads out the Deed of Sovereignty occupying the island for South Africa.  He then signs the document and deposits it in the cairn in a 40-mm Bofors cartridge case.  By 12h21 they had left the island for the ship.

the H.M.S.A.S. Transvaal off Marion Island in November 1954; all photographs courtesy of the South African Naval Museum.

text by John Cooper (2016), Principal Investigator of Antarctic Legacy of South Africa at the time.