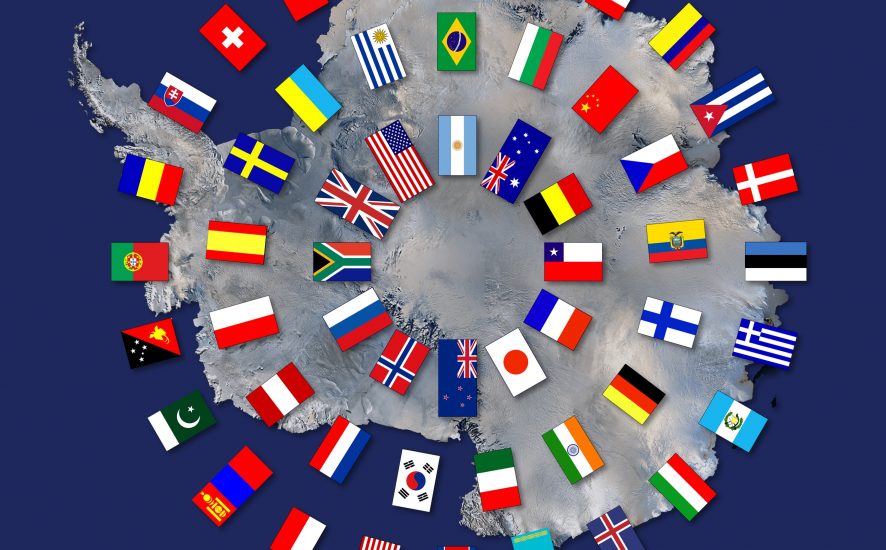 Representatives of 12 nations met regularly in Washington from mid-1958 until early 1959 to discuss the proposals and draft a treaty. On the 1st of December, 1959, the Antarctic Treaty was signed by government representatives of Argentina, Australia, Belgium, Chile, France, Japan, New Zealand, Norway, South Africa, the then USSR, the UK and the USA. The treaty actually came into effect on the 23rd of June 1961 and the signatory states became known as the 12 consultative nations.

The Antarctic Treaty contains 14 articles, which enshrine the following principles:

– Antarctica (meaning the entire region south of latitude 60º South) is to be used for peaceful purposes only and military bases, manoeuvres and weapons testing are prohibited. The prohibition also extends to nuclear explosions and the disposal of nuclear waste.
– The promotion of scientific investigation and co-operation, with the exchange of information, plans, results and personnel to be actively encouraged. This also includes freedom of access for the purpose of scientific investigation.
– Territorial claims are not recognised, disputed or established by the Treaty, and no new claims are to be asserted.

• The original treaty has been amended and extended, creating the Antarctic Treaty System, which includes the conventions and recommendations made at the regular meetings.

• One of the most important parts of the Antarctic Treaty System is the Protocol on Environmental Protection (also known as the Madrid Protocol). This established Antarctica as a “natural reserve devoted to peace and science” and all consultative members agreed to take responsibility for the environmental management of their Antarctic activities.

The 44 Antarctic Treaty nations together represent about two-thirds of the world population. South Africa is at present the African continent’s sole representative.