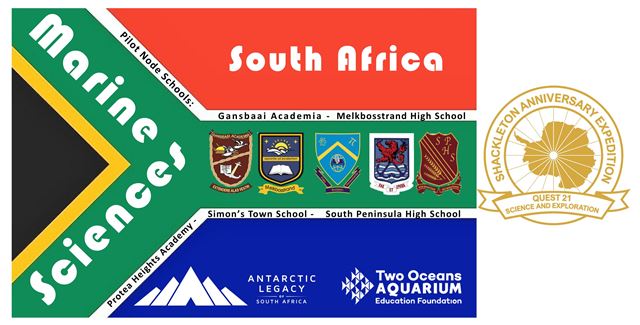 Marine Sciences is a new subject in the FET phase (Grade 10 to Grade 12), offered at a handful of South African public schools. One of the previous Marion Island overwintering team members (ornithological field assistant of the 61st and 70th Marion Island overwintering teams – M61 Team Photo and M70 Team Photo) and recipient of South Africa’s 2021 National Best Teacher Award, Dr Mariëtte Wheeler, teaches at one of these schools and it was inevitable that Antarctic Legacy of South Africa (ALSA) got involved. 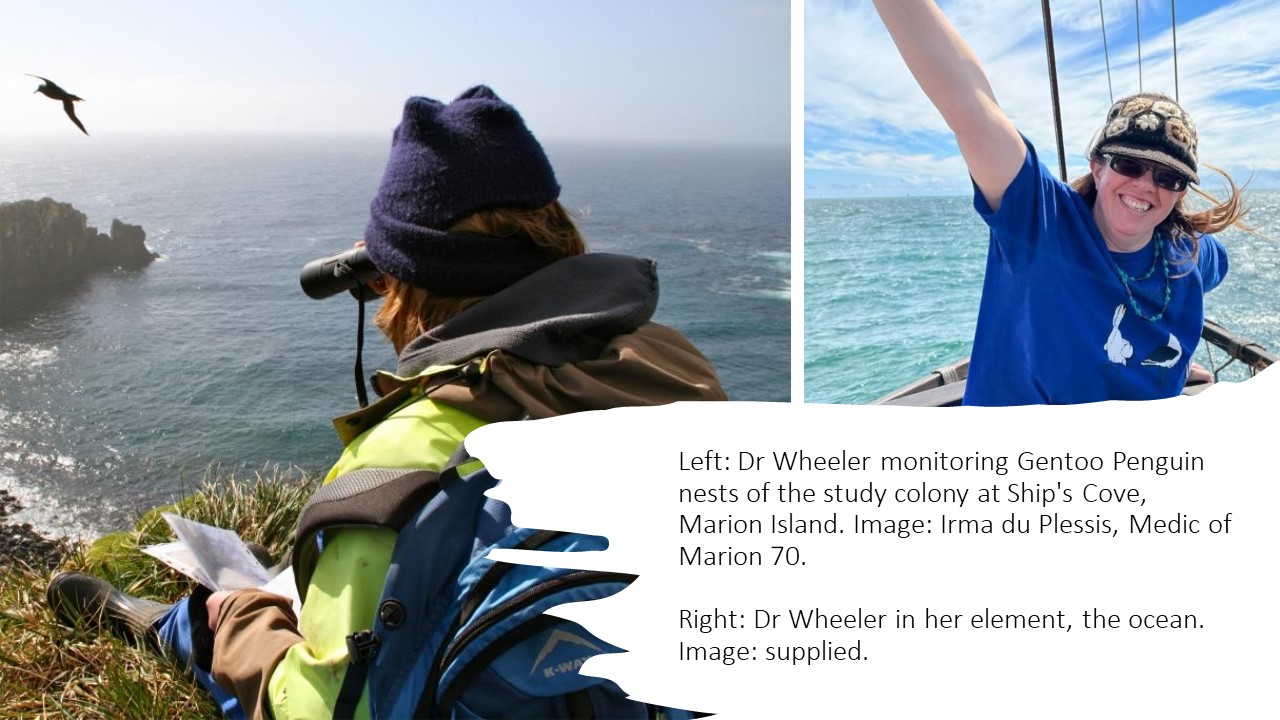 This new subject was written by Mr Russell Stevens and Mr Xavier Stevens from the Two Oceans Aquarium Foundation. Learners who have been taking Marine Sciences as an additional subject (“8th subject”) after school hours as from 2019, wrote the first National Senior Certificate (Gr 12) exam at the end of 2021. These learners were taught at South Peninsula High School by Mr Matthew Schroeder, who was part of the 59th Marion Island overwintering team (click here to see the M59 team photo) and Ms Andrea Padua. It is fantastic to see teachers that had, or still have a connection with the South African National Antarctic Programme, who lived and worked in the wildness of the sub-Antarctic, involved in and teaching Marine Sciences as a new subject in South African schools. This gives learners the opportunity to learn about regions such as the Southern Ocean, Antarctica, and the sub-Antarctic, from experienced field workers. With ALSA’s involvement, Tahlia Henry, who is a Physical Oceanographer by trade and has been on 23 Southern Ocean cruises onboard the dedicated South African research and supply vessel, the S.A. Agulhas II, had the opportunity to deliver insightful talks to some of the Marine Science learners in 2021.

Marine Sciences is an interdisciplinary subject that focuses on both Marine Biology and Oceanography (the Chemistry and Physics of the ocean) as well as Geology/Geography, Ecology and Human Impact on the Ocean. Learners are encouraged to not only know the content but also see the relevance of what they learn in the world around them.

Learners from other schools also have the opportunity to take the subject after school hours and can apply on the Two Oceans Aquarium Website, read more here.

Together, ALSA and Dr Wheeler got the opportunity to send the logos of the five pilot node schools along with the logos of Antarctic Legacy of South Africa and the Two Oceans Aquarium on a specially designed flag (sponsored by ALSA) to Antarctica with the Antarctic Quest 2021 Expedition. This is a British polar expedition that is currently underway. While team members are traversing, man-hauling all their equipment, data is collected for research that involves atmospheric transport of microplastics. This expedition is to commemorate the life of Sir Ernest Henry Shackleton, polar explorer (read more about Shackleton here). This expedition is focused on “promoting science and exploration, and increasing awareness of our impact on the planet”.

As they go along, flags are waved of sponsors, supporters, and flags with school logos (involving South Africa and United Kingdom schools in creating Antarctic awareness). Learners of the five pilot node schools are virtually involved in this expedition. Dr Wheeler mentioned that her learners are very excited about their involvement and proud of their school’s logo traveling all the way to the Antarctic continent and enthusiastically following the progress of this expedition.

“This is very cool, Ma’am, literally and figuratively”!! – learner from Protea Height Academy.