This prestigious award is bestowed by the NRF for a deserving South African for their outstanding contribution to the development of science in and for South Africa, what they stand for as a South African, and for the extent to which their work has positively touched and shaped the lives of many South Africans.

Spanning ​a research career of more than four decades, Prof van Wilgen’s work on alien plants and water resources has helped place South Africa at the forefront of managing biological invasions. He is mostly recognised for his work in 1995 on developing models of water use by alien trees, while working with a team at the CSIR. This work led to the establishment of the Working-for-Water programme – an innovative project to not only clear the country of invasive plants, but to simultaneously provide employment opportunities to thousands of South African, particularly women, the youth and the disabled.

By 2020 the Working for Water programme, now administered by the Department of Forestry, Fisheries and the Environment, had invested an average of R355 million per year (expressed in 2020 rand values) over 25 years and created more than 8 300 full-time jobs annually.

“Few people realise,” he says, “that pines, for example, are not indigenous to South Africa. They are highly invasive, and threaten to obliterate our natural heritage, like fynbos, with its over 6000 plant species found nowhere else on earth, or that they could potentially reduce Cape Town’s water supplies by 30%“. 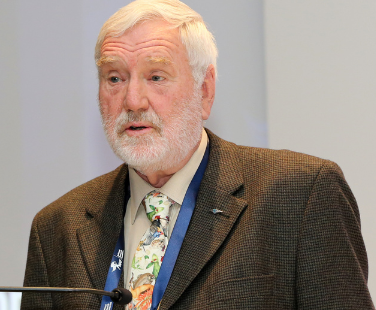 His practical approach to tackling these problems is based on over four decades of research, first conducted as a researcher in the Department of Forestry at Jonkershoek and the CSIR in the 1990s, and later as a Core Team member of the DSI/NRF Centre of Excellence for Invasion Biology at Stellenbosch University, where he remains actively involved in his capacity as an emeritus professor at the age of 70.

Several of his colleagues congratulated him for this achievement:

“Brian van Wilgen is internationally recognised for his substantive contribution to the fields of invasive plant ecology and fire ecology. But more importantly he is recognised for framing his research in such a way that it leads seamlessly to implementation. In fact, I would say that it puts Brian in a very small group of scientists globally – his ability to bridge the gap between research and management.” Prof Richard Cowling from Nelson Mandela University

“Overall, Brian’s example shaped my own research career in many ways and even my own fields of interest. Brian uses sensible and simple methods, rather than to baffle and impress with complicated and expensive materials and methods. Brian laid the foundation in the fields of fire ecology and invasion biology in both fynbos and savanna ecosystems. I have huge respect for Brian as a colleague and a scientist. It was a privilege to work with him and I think his research work will have a significant impact on conservation today and into the future.” Dr Tineke Kraaij, Nelson Mandela University

“Brian’s research on the role of fire in Mediterranean type of ecosystems and savannas have been highly influential. His work on how fire interacts with invasive plants and how this influences the options for management has been highly cited. He has published important papers on the impacts of invasive species on biodiversity and ecosystem services and on optimising strategies for their management. Brian’s research over more than 40 years has had a huge influence on ecosystem management in South Africa and has also inspired a new generation of researchers.” Prof Dave Richardson, former director of the DSI/NRF Centre of Excellence for Invasion Biology

“I have known Brian van Wilgen since the 1980s when we developed the concept of the Working for Water programme. He was very much one of the key thinkers behind the idea. He is a systematic thinker and played an enormously important role in the beginning years of the programme, and later as scientific adviser. What I admire most was his ability to provide outcome-orientated and practical solutions, as well as his willingness to speak out on issues.” Dr Guy Preston, former Deputy Director-General in the Department of Environment, Forestry and Fisheries