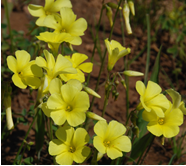 Much remains to be understood about why some introduced species become invasive whereas others do not. Recently, polyploidy (whole genome duplication) has been proposed as an important determinant of invasiveness in plants.

Comments Off on The role of polyploidy in facilitating plant invasions

Larva of the species Pyura herdmani from Langebaan lagoon, South Africa. The arrow indicates the position of the notochord within the tail. Photograph: Marc Rius
2011 / Highlighted papers

The poorly resolved taxonomy of many organisms represents a major obstacle to correctly identifying them as being either native or introduced. This is because several groups are only known to a handful of experts. 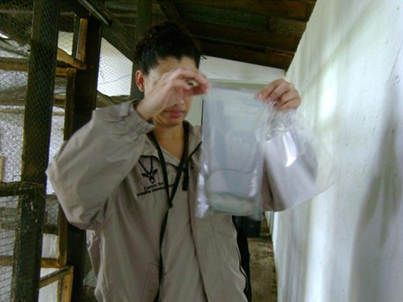 Ms Rolanda Julius (C·I·B M.Sc. student) sampling Rattus from a warehouse in the vicinity of an informal settlement in the Hammanskaal Area, north of Pretoria
2011 / Highlighted papers

South Africa’s long and extensive trade activity has ensured ample opportunities for the introduction of non-native species. Whereas the rich biodiversity of endemic southern African fauna has been the focus of many studies, alien vertebrates are generally overlooked despite their potential negative impacts on biodiversity, human health and agriculture.

The old adage than “an ecosystem is more than the sum of its parts” is well illustrated by plant-pollinator mutualisms. Pollination is a vital ecosystem process that mostly goes unnoticed, typically involving small animals that transfer pollen from flower to flower as they sip nectar or gather pollen.

Comments Off on Restoration of plant-pollinator mutualisms 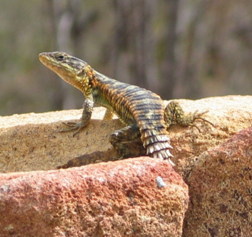 The determination of best climatic predictors of whole-organismal performance is essential to improve current and forecast impacts of climate change on organisms. Most of the emphasis on global climate change and its effects on organismal performance concerns mean temperature conditions despite known changes in other climatic variables such as precipitation, cloud cover and temperature variability.