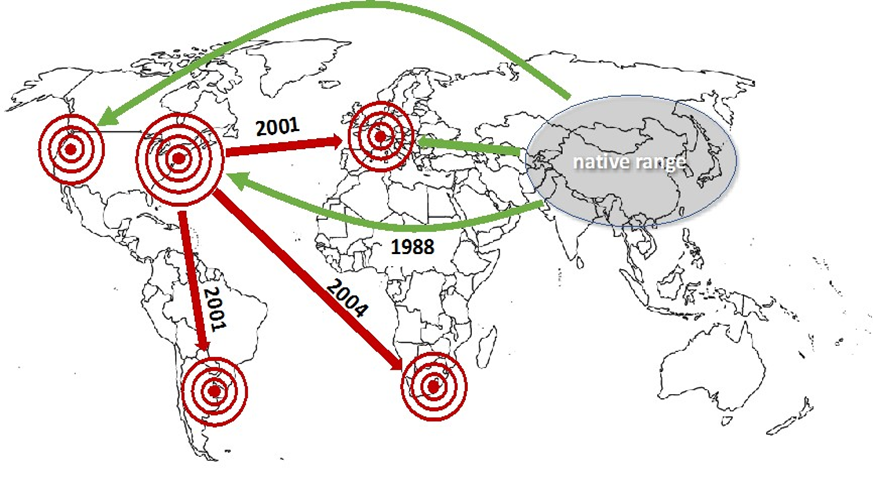 Figure 2. The “bridgehead effect” of the global spread of the harlequin ladybird beetle Harmonia axyridis, based on genetic analyses by Lombaert and colleagues (2010; PLoS ONE 5: e9743). The beetle was introduced intentionally as an insect biocontrol agent in some regions (shown in green). From these bridgehead regions, the beetle was transported inadvertently to other continents. Most of the global spread of this species has originated from non-native populations in Eastern North America.
2021 / Highlighted papers

Invasion science must adapt to meet growing societal demands and biosecurity challenges in the face of rapid global environmental change. This task was addressed at a workshop during the NEOBIOTA conference in Dún Laoghaire, Ireland, in September 2018 that was attended by several researchers affiliated with the Centre for Invasion Biology (C∙I∙B). 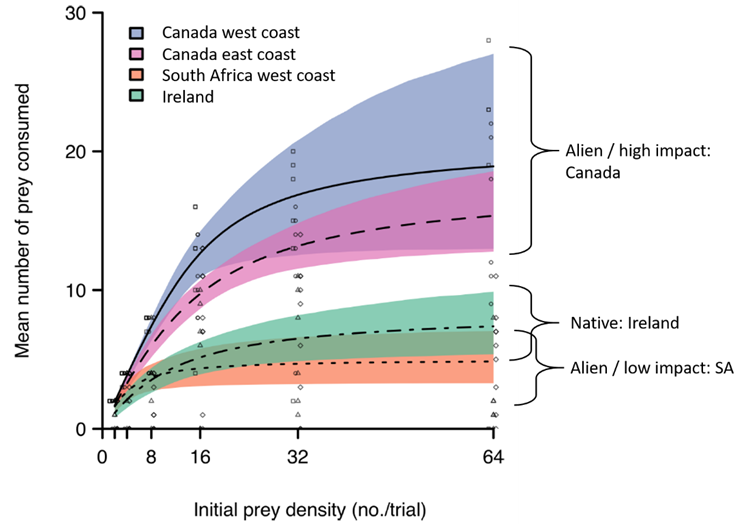 Because resources for addressing environmental problems are limited, it has been suggested that management should focus on those species that have the highest impacts in their new environments. Comparing the ability of alien and native species to utilize resources has been shown to offer a sound approach for identifying alien species with high impacts.

Comments Off on What can we learn about predicting impacts of alien predators from a globally invasive crab? 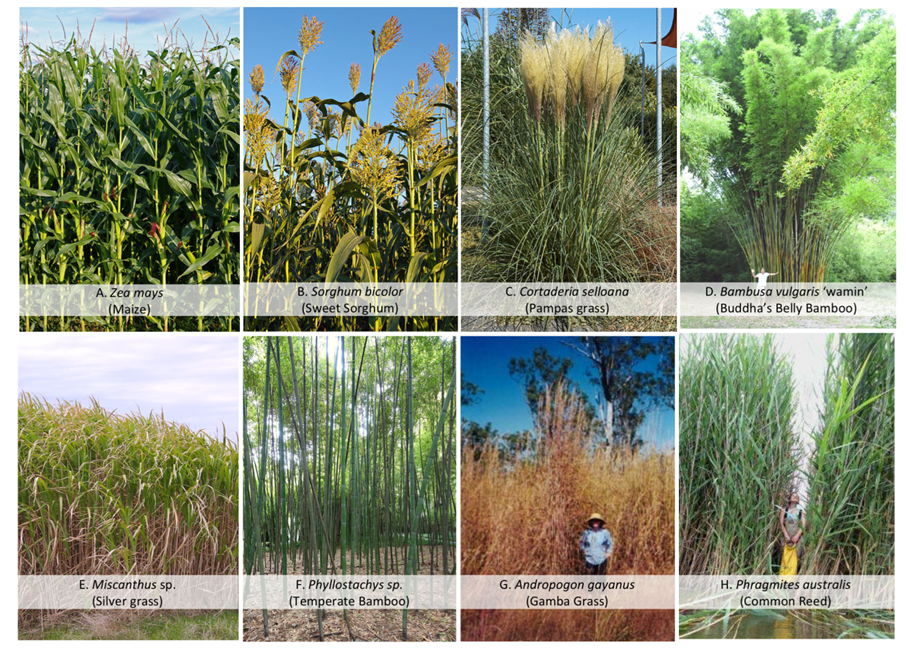 Tall-statured grasses (TSGs) come in various forms and occur in a range of different ecosystems (e.g. temperate forests, dry grasslands to tropical wetlands). They are useful to humans for food (A and B), ornamental horticulture (C and D), for the production of biofuels (E and F) and other uses (G and H). Several TSGs are associated with environmental impacts in invaded ranges due to their ability to form monospecific stands that exclude other vegetation types (D, F, G and H). Photographs by: Wikimedia Commons (A: Christian Fischer (CC BY-SA 3.0 & CC0); B: Wouter Hagens (CC BY-SA 3.0); E: Bgabrielle (CC-BY-SA- 3.0); F: Daderot (CC0)) and other sources (C: Kijktuinen Nunspeet -http://www.kijktuinen.nl); D: Susan Canavan; G: retrieved from Rossiter-Rachor et al. 2009; H: Michigan Technological University).
2018 / News

Tall-statured grasses often have generalisable impacts related to their ability to produce and accumulate a large amount of biomass. The idea of tall-statured grasses as being a useful functional group for invasion science was explored in a recent article published in Biological Invasions. 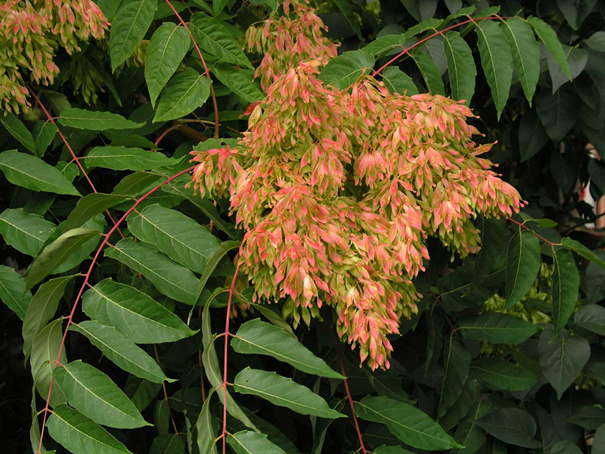 It seems to be part of human nature to rate things against each other, to rank and to make lists of the “best” and the “worst”. Systems have been developed, for example, to rank soccer teams according to their performance; cities and countries around the world are ranked according to living standards.

Comments Off on The worst European invaders systematically assessed 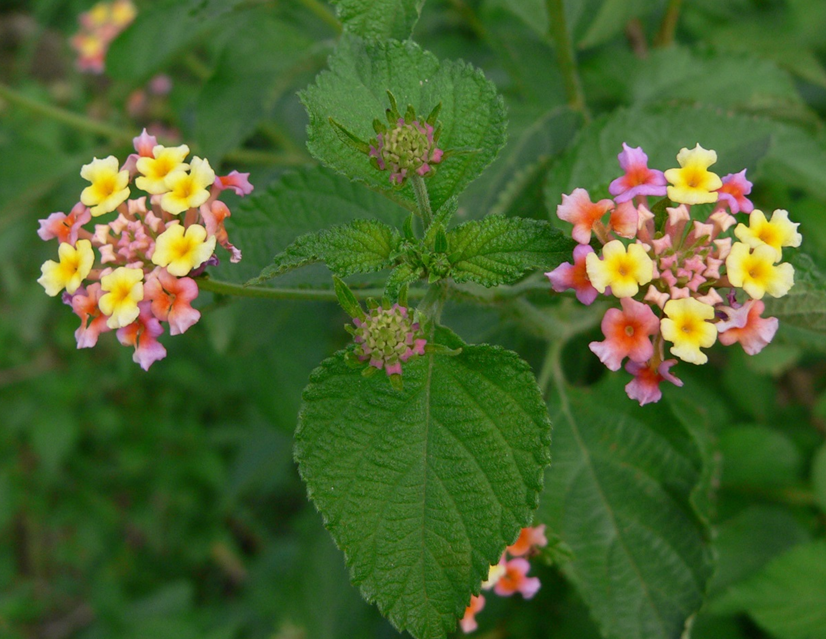 Lantana (Lantana camara) is poisonous to humans and animals, and responsible for livestock losses in South Africa
2015 / Highlighted papers

Knowing which species to manage amongst all the species introduced outside of their native ranges is a huge challenge. Many factors play a role in the decision making process, one of the most important ones being whether or not the alien species causes harm to native ecosystems and species, or damages the economy.