Whether an organism will become invasive and have impacts depends on how organisms were moved around, the type of organism, and the recipient environment (Pyšek et al. 2020). Or to put another way, if asked whether an organism is likely to become a harmful invader, ecologists are likely to answer ‘Well… it depends.’ This reflects the wonderful variety and complexity of nature and people, but such a response can be enormously frustrating to policy makers and managers. They want a clear answer to the question ‘What should we do?’

A new synthesis paper in Trends in Ecology and Evolution (TREE), co-authored by C∙I∙B Core Team member John Wilson and C∙I∙B Associate Petr Pyšek, provides advice as to how this can be answered in a scientifically robust way, ‘…it depends on how the data were collected and interpreted and on these specific factors…’

The importance of context has been long debated in invasion science, and increasingly the term ‘context dependent’ has been used as a  shorthand for either ‘We do not know’ or ‘We have shown a factor to be important, but we recognise it is a bit more complicated than that’.

In their TREE paper, the authors identified four different reasons why the results of a study vary with the context under which the study is performed. 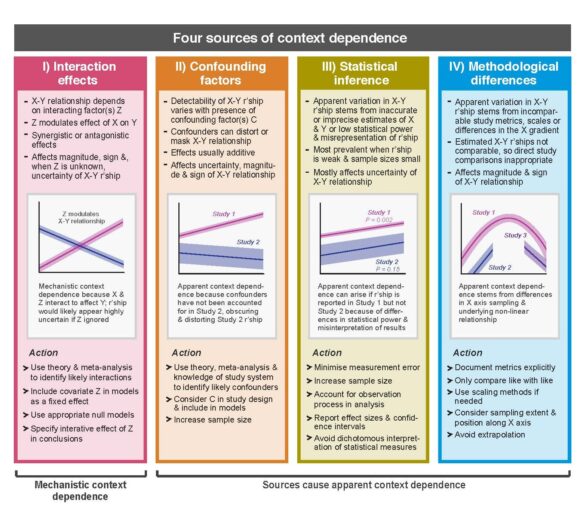 The paper elucidates each of these types of context dependence and proposes a flow diagram (see below) to assist in differentiating the different types and identifying what needs to be done to be confident that X really does depend on Y in a predictable way.

It will not be possible to always address context dependence, but it is fundamental to invasion science. 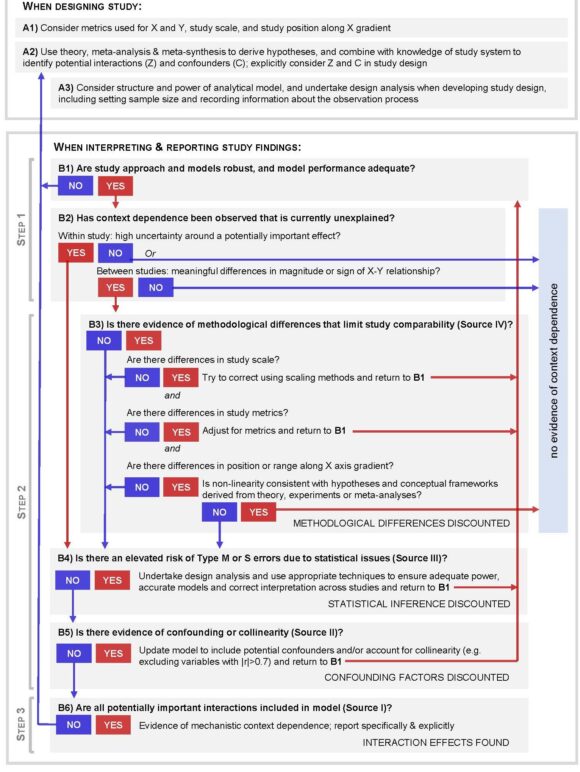 Defining the impact of alien species