Trees in the genus Prosopis (known as mesquite) have been widely planted outside of their native ranges in many countries, and many species are now among the world’s worst woody invasives. The genus contains 44 species from the Americas, South West Asia and North Africa, and several have become major problems in South and East Africa. Their management is complicated by the fact that they are all closely related, and many species are able to hybridise freely.

As part of an international team, Dr. María Loreto Castillo (C·I·B PhD graduate), Prof. Jaco Le Roux (C·I·B Research Associate) and Prof. Brian van Wilgen (C·I·B Core Team Member), conducted a genetic study on several Prosopis species from within their native ranges and from specimens in their introduced ranges. The study intended to assess the degree of genetic diversity, differentiation and structure within the genus, and to evaluate the extent of interspecific hybridisation, and the consequences for invasive potential, with a special focus on non-native populations of P. juliflora and P. pallida in eastern Africa.

The highly invasive tetraploid species, P. juliflora was found to be differentiated from all other diploid Prosopis species analysed, a likely consequence of historical reproductive isolation due to genomic incompatibilities.

In contrast, most diploid Prosopis species showed low genetic differentiation, supporting the notion that these species often hybridise when co-introduced into new environments. Such hybridisation between different Prosopis species further complicates the taxonomic uncertainty of the group.

“Our results beg the question of whether biological control agents that have been developed for diploid Prosopis species will perform differently on polyploid P. juliflora in eastern Africa.” said Maria Loreto Castillo, lead author of the paper published in AoB PLANTS.

Regarding their finding of a lack of genetic differentiation between diploid species Castillo says, “We strongly believe that all invasive diploid Prosopis species should be considered a single taxonomic unit,” adding that “This is especially important when developing regulations related to the management of invasive Prosopis”. 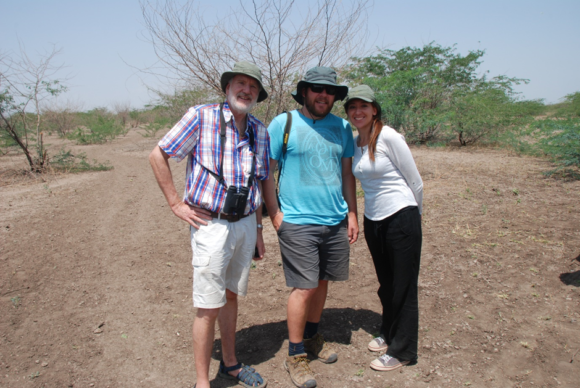