Skip to content
Reducing the rate and impacts of biological invasions

The December 2017 edition of the journal Biological Invasions is a special issue devoted to papers from a conference on urban invasions that was hosted by the Centre for Invasion Biology (C•I•B) in November 2017.

Although urban ecosystems are hotspots for biological invasions, the field of invasion science has surprisingly given scant attention to invasion dynamics and the challenges facing managers in towns and cities.

The workshop, attended by 43 people from eight countries, gave special attention to the following questions: Are patterns and processes of urban invasions different from invasions in other contexts? Why is it important to manage non-native species in urban ecosystems? What are the special management needs in an urban context? How can we bridge the gaps between science, management, and policy issues concerning biological invasions in urban ecosystems? [Read the Editorial which sets the scene for the 17 papers in the Special Issue]

The papers in the Special Issue show that patterns and processes of urban invasions differ in many ways from invasions in other contexts, and that managing invasive species in cities poses unique and increasingly complex challenges. 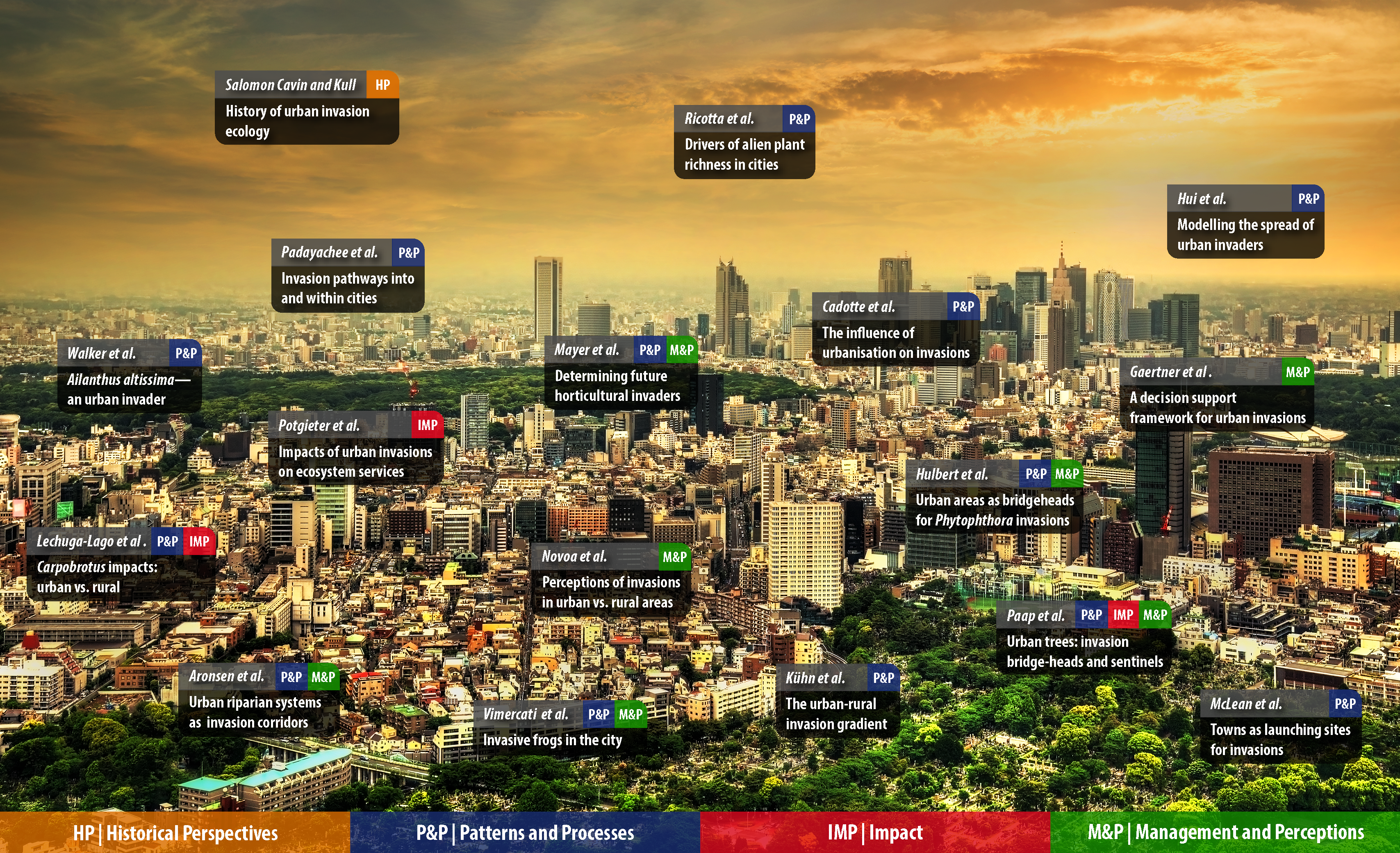 Identifying invasive cacti by the size of their seeds