Impact classification schemes for alien taxa are becoming more prominent as the threats posed by biological invasions increase. A recent study found that despite a high variety of uncertainties occurring in impact assessments, some of which cannot be eliminated easily, communicating their existence, cause and variety can lead to more useful and reliable outcomes of impact assessments.

In 2018 at a workshop in Melbourne, Australia, organised by former C∙I∙B Core Team Member Melodie McGeoch (La Trobe University) in collaboration with Australia’s Invasive Species Council, scientists from all over the world including C∙I∙B Core Team Member Sabrina Kumschick tackled the issue of uncertainty in impact assessments. Due to the importance of impact assessments in the management of alien species, it is crucial to understand the uncertainties associated with such assessments, their causes, and effects on classifications. 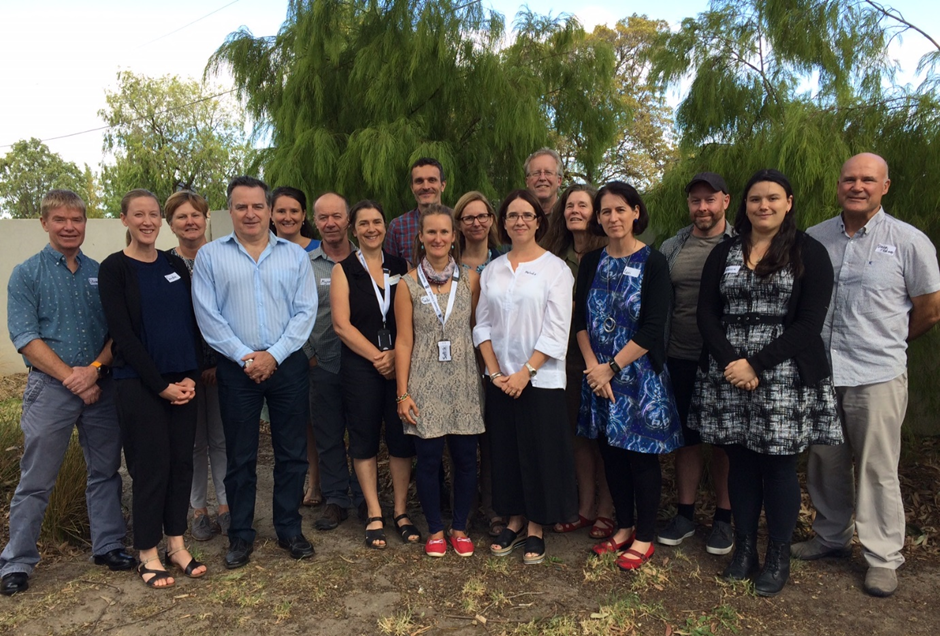 Participants at the workshop held in Melbourne, Australia in 2018. (Picture supplied by Melodie McGeoch)

The scientists assessed 100 alien insect species according to the magnitude of their impacts using the Environmental Impact Classification for Alien Taxa – EICAT (Hawkins et al. 2015) which has since been adopted as a global standard for classifying alien species by the International Union for the Conservation of Nature (IUCN). Each species was classified independently by two assessors and outcomes compared to explore the reasons for differences in classifications. These differences can show us where and why uncertainties arise.

Uncertainty often starts in the description of results in the literature used as evidence for impacts. EICAT classifies impacts into mechanisms (how do the alien species affect native species) and magnitude (to what extent is the native species affected). “If these variables are not clearly described in the literature, it is difficult for an assessor to assign an appropriate EICAT category and mechanism,” says David Clarke, PhD candidate at Monash University that led the publication.

In some cases, assessors extrapolated information provided in the literature based on their own expert knowledge, which was a common source of discrepancies specifically if one of the assessors was particularly familiar with a certain species. While this is not following EICAT guidelines and should generally be avoided in evidence-based impact assessments, authors of the study suggest that it might be useful to include expert opinion to inform management decisions, specifically in cases where evidence is limited. However, for official IUCN EICAT assessments, only available evidence should be included, and assessed as objectively as possible.

Furthermore, many differences between assessors were due to different pieces of evidence included in the assessments. EICAT assessments need to include all available literature on impacts of a given alien species. “It is very important that a thorough literature search is conducted to ensure all available records of impact are included in the EICAT assessment,” Sabrina Kumschick says. “For species which are well studied, it can help to divide the work between several people, or to do assessments in groups and discuss outcomes. Another benefit of such an approach is that if first assessments are done properly, it takes little effort to add new pieces of evidence and keep assessments up to date.”

It is also important to note that some types of uncertainty cannot be eliminated in impact assessments due to constraints such as natural variation in the systems studied. However, it is important to acknowledge which sources of uncertainty are present, and which of those can be addressed in order to get more useful and transparent impact assessments. Prof. Melodie McGeoch, leader of the research, says, “Studies such as this are essential to support and provide evidence for and confidence in policy tools such as EICAT, amongst both scientists and decision makers.”

“This study is an important contribution to making the EICAT impact assessment process more transparent and consistent,” says Sabrina Kumschick, a co-author of the study and Chair of the IUCN’s EICAT Authority which oversees the development of EICAT guidelines, assessments and reviews for the IUCN. “Many of the recommendations made in this study have therefore already been incorporated into the official IUCN EICAT Standard and guidelines, and  the broader insights and recommendations in this publication will be useful  for assessors applying EICAT.” 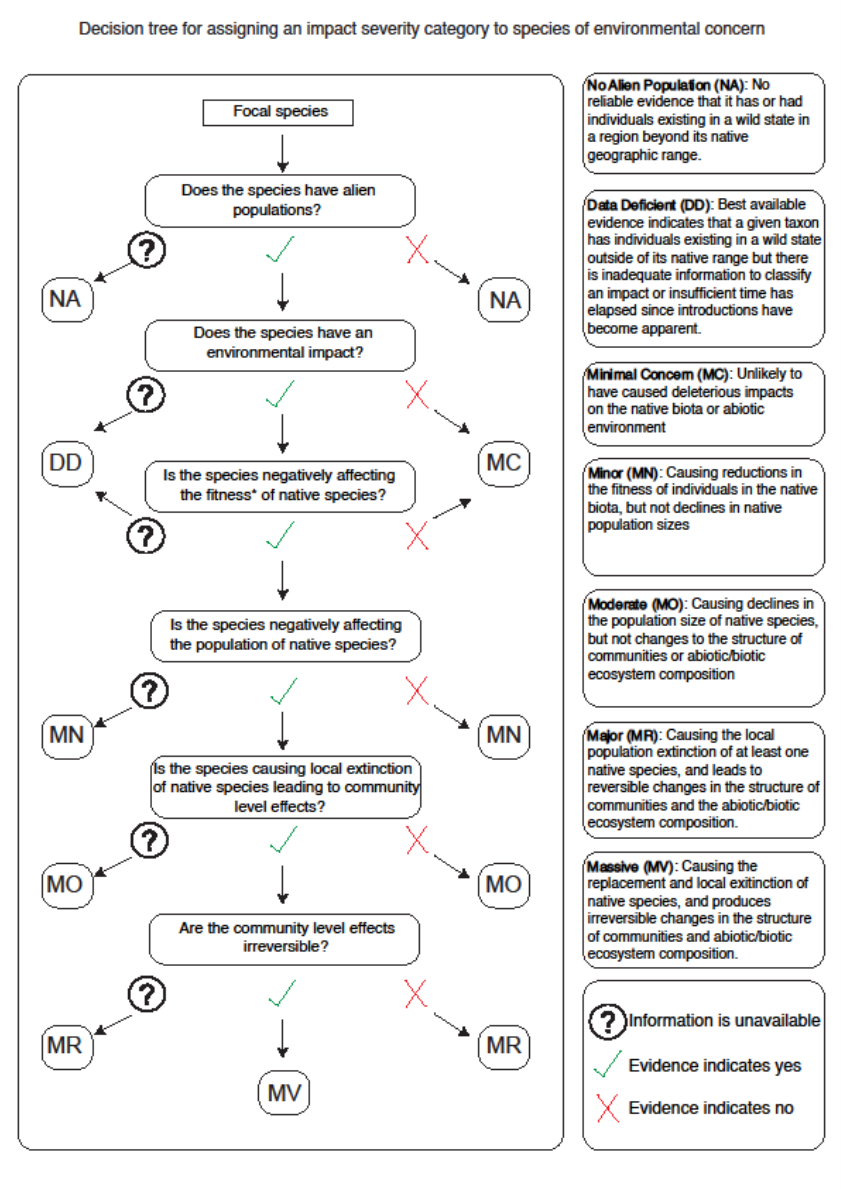 Figure showing how to decide on an impact category to assign in EICAT using available evidence. (Clarke et al., 2021).

Read the paper in Ecosphere