Invasive alien species are one of the top five threats to biodiversity and ecosystems globally, yet only a handful of countries regard biosecurity measures as a priority.

So warns a team of international researchers, including C∙I∙B Director Professor David Richardson, in a new global overview of environmental change due to invasive alien species. The article, published in the journal Biological Reviews on 26 June 2020, forms part of the World scientists’ warning to humanity: a second notice initiative* which calls for an urgent change in our approach to stewardship of the earth and life on it.

“South Africa has invested heavily in a national programme to reduce the negative impacts of widespread invaders on ecosystem services, but much more action is needed on many fronts. Urgent interventions are needed at both national and international levels to tackle the challenges more effectively,” warns Richardson.

The study which was carried out by an international team of researchers from 13 countries across Africa, Asia, Australasia, Europe, North and South America, states that the number of invasive alien species is increasing rapidly, with over 18,000 currently listed around the world. 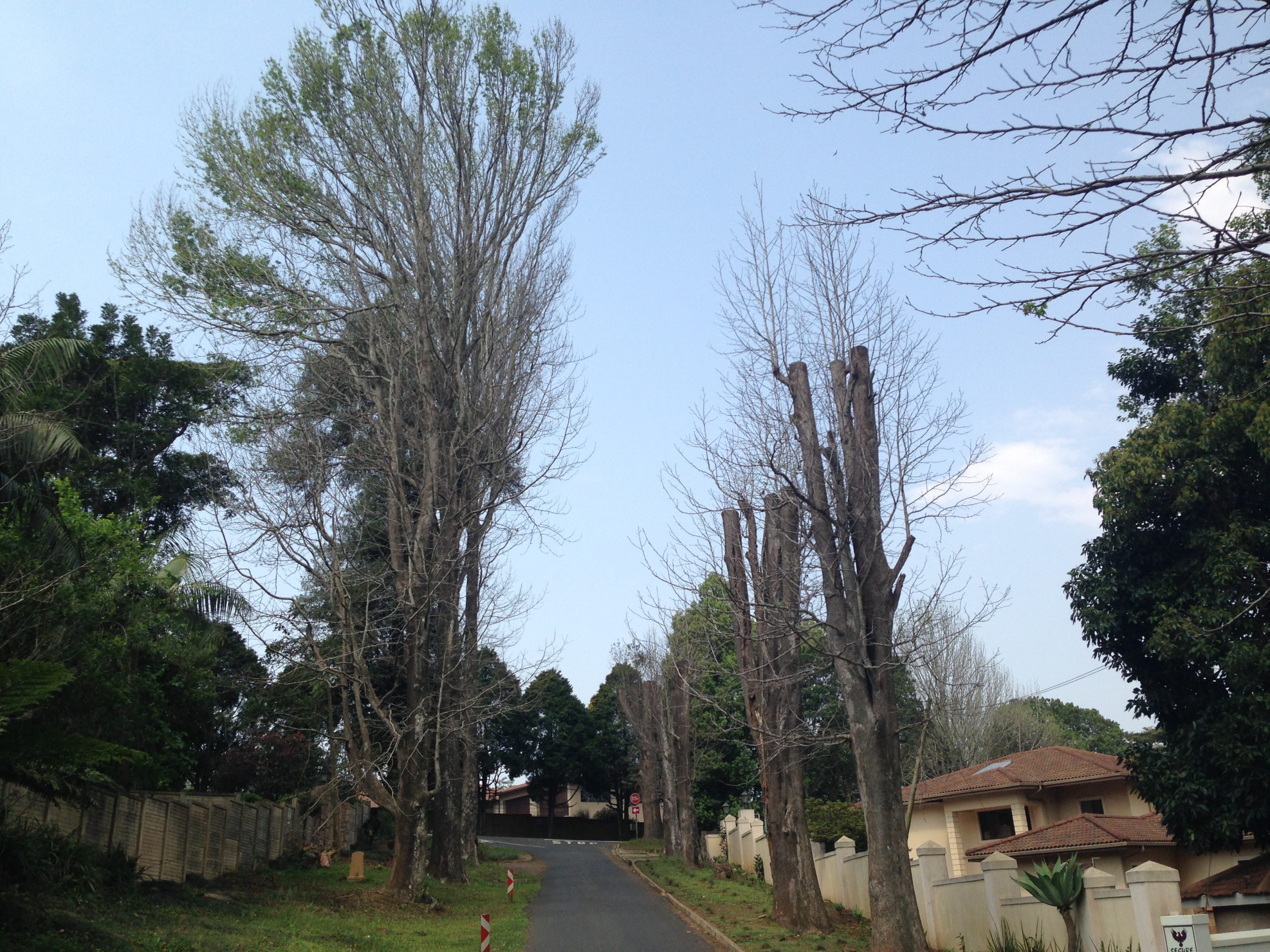 The Polyphagous Shot Hole Borer is an ambrosia beetle that is native to Asia and was first recorded in South Africa in 2017. This beetle and an associated fungus pose substantial threats to both native and alien trees in the country. At least 80 tree species, including 35 native, are known to be attacked. This invasion has already caused huge damage by killing large trees in urban areas. The full extent of impact of this invader on the South African urban environment will only be ascertained over time. Municipalities already face the costly removal of many heavily infested street trees. Photos: Samantha Bush, Trudy Paap

In South Africa, a recent assessment listed 1 422 alien species that have become naturalised or invasive. Some have serious negative impacts on South African ecosystems, for example, ‘thirsty’ alien tree species that extract large quantities of water from catchments.

The team of researchers attribute the escalation in biological invasions to the increase in the number and variety of pathways along which species spread, and to the increasing volume of traffic associated with those pathways. They highlight the role of emerging pathways such as the online trade in unusual pets and plants for ornamental horticulture, and the transport of species across oceans on rafts of plastic pollution. 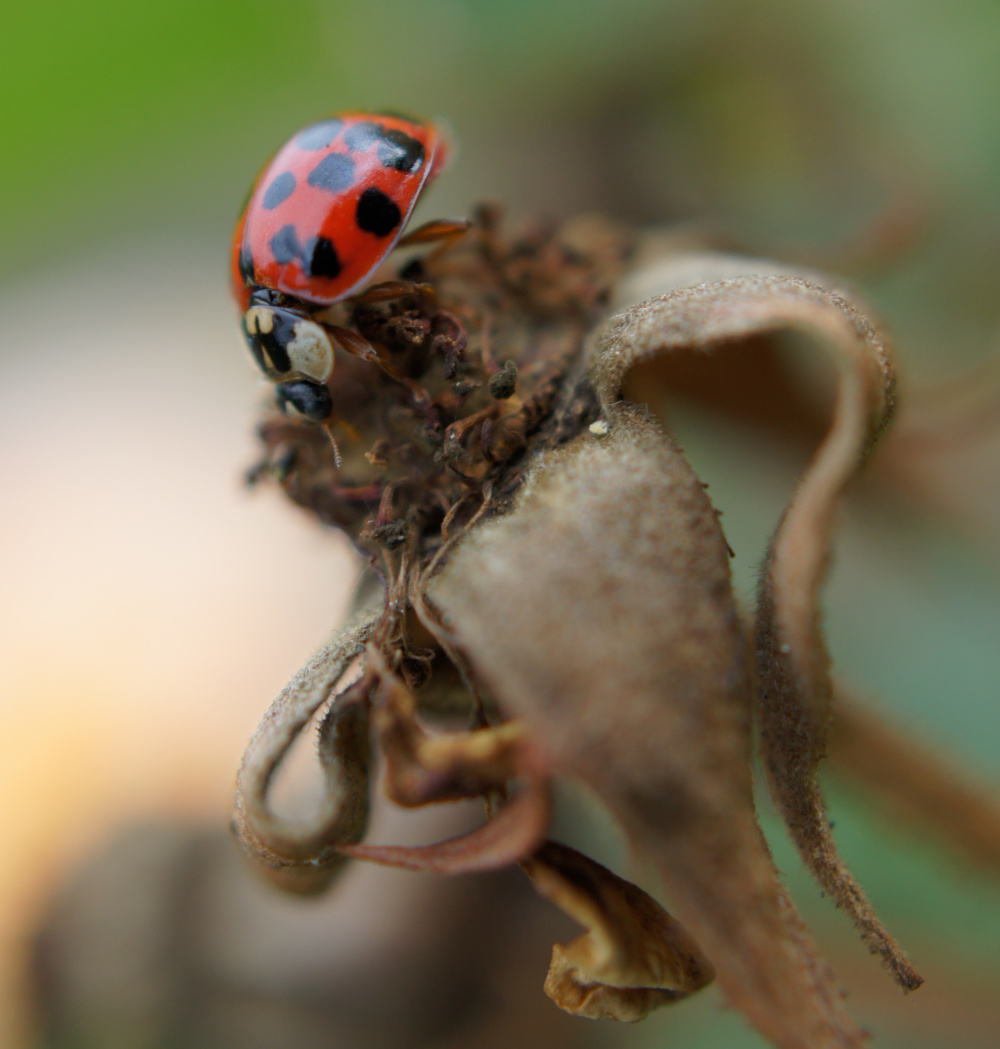 The Harlequin ladybird, an invasive species native to Asia, cause damage to ecosystems by reducing the population sizes of native ladybird species. They are also a great nuisance causing economic losses by tainting wine with their bitter secretions, and by damaging fruit crops. Photo: Ingrid Minnaar

The study also shows how other drivers of global change, such as climate change, land-use change and changing patterns of international trade, are exacerbating the impacts of biological invasions. For example, species transported by shipping can now thrive in new regions, due to climate warming; and the permanent opening of the Arctic Ocean with global warming is allowing marine species to move between the Atlantic and Pacific Oceans.

The authors stress that biological invasions can be managed and their impacts mitigated. They point to approaches that are working around the world and make specific recommendations for improved management. For example, the introduction of more stringent border controls, including X-ray machines and detector dogs, has led to a progressive decline in the rate of fungal plant pathogens entering New Zealand.

Professor Petr Pyšek of the Czech Academy of Sciences and a research associate at the C∙I∙B, first author of the paper, says: “As our knowledge about invasive alien species increases, the problems associated with biological invasions are becoming clearer. The threats posed by invasive alien species to our environment, our economies and our health are very serious, and are getting worse. Policy makers and the public need to prioritize actions to stem invasions and their impacts.”

The paper is a part of the World scientists’ warning to humanity: a second notice, an initiative calling for urgent change in the management of the natural world.

In 1992, a community of eminent scientists from around the globe put their names to a document warning that humanity was on a collision course with the rest of the natural world (Union of Concerned Scientists, 1992). Twenty-five years later, Ripple et al. (2017) evaluated the human response and in a ‘second warning’ concluded that humanity had failed to make sufficient progress in dealing with the environmental challenges. Indeed, they found that most of these problems had worsened. The original 1992 call was supported by more than 1,700 scientists, while in 2017 over 15,000 scientists added their signatures to the declaration.

What is the scale of the problem?

A recent analysis of global extinctions in the IUCN Red List database (IUCN, 2017) revealed that alien species contributed to 25 per cent of plant extinctions and 33 per cent of terrestrial and freshwater animal extinctions. Meanwhile, annual environmental losses caused by introduced species in the United States, United Kingdom, Australia, South Africa, India and Brazil have been calculated at over US$100 billion. 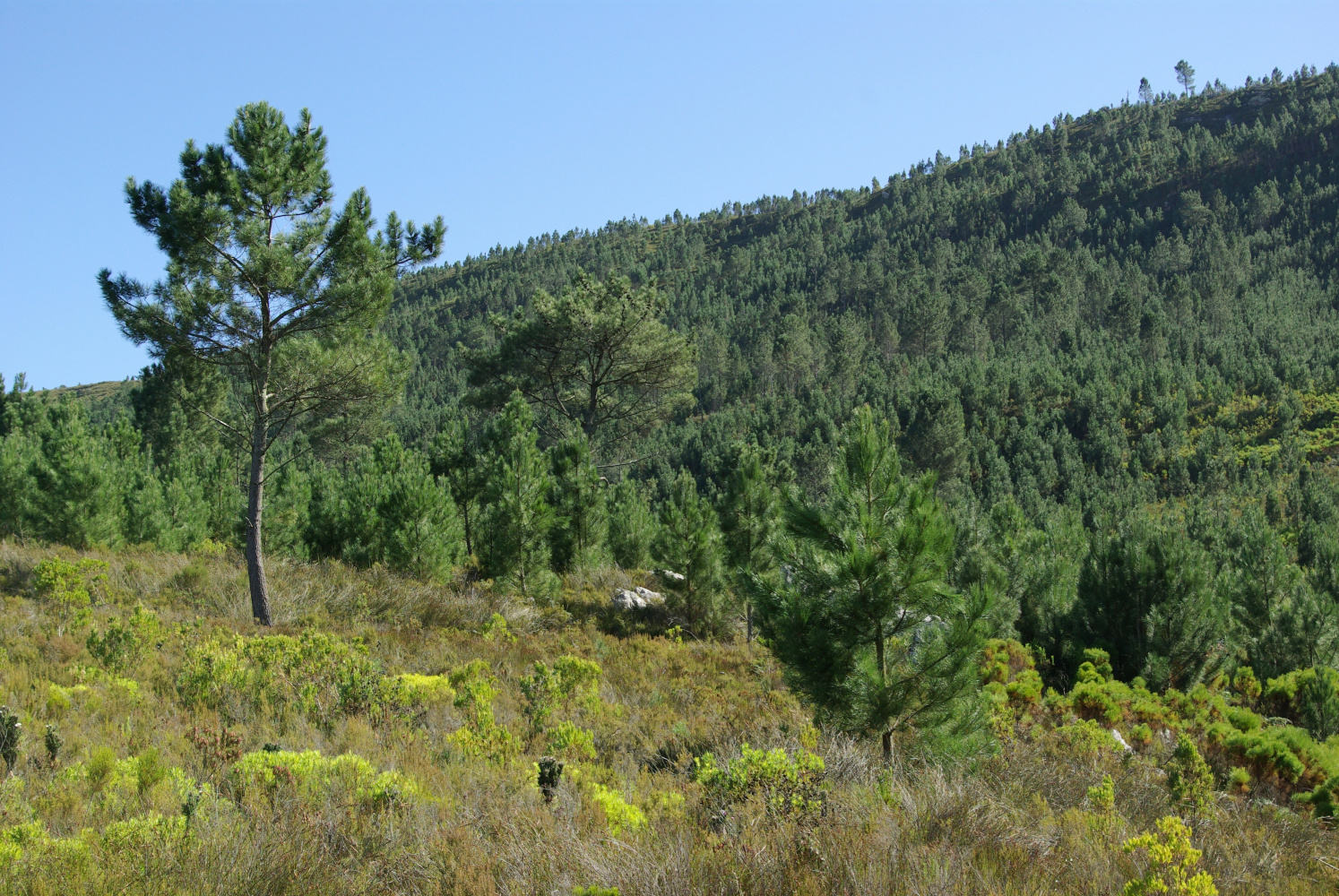 The importance of taking action against invasive alien species globally has been widely recognized (Millennium Ecosystem Assessment, 2005). The recent global assessment report on biodiversity and ecosystem services by the Intergovernmental Science Policy Platform on Biodiversity and Ecosystem Services (IPBES) ranked invasive alien species fifth among direct drivers of change in nature with the largest relative global impacts, after changes in land and sea use, direct exploitation of organisms, climate change, and pollution.

Read the paper in Biological reviews 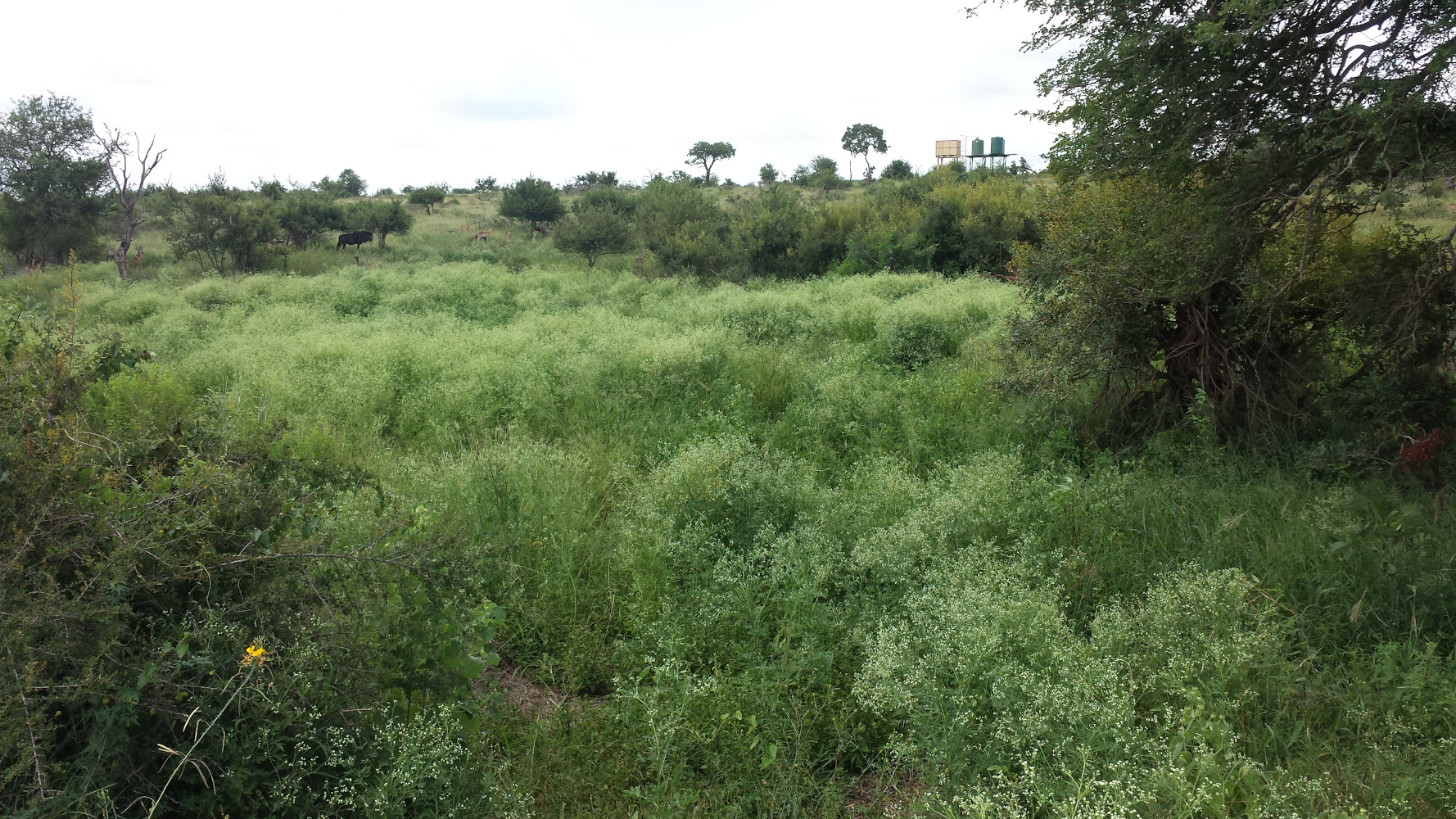 Famine weed, native to parts of Central and South America, is an aggressive invader in South Africa. It spreads rapidly and poisons wildlife and livestock, and causes a variety of health problems in humans. (Photo credit: Thembeka Thwala)