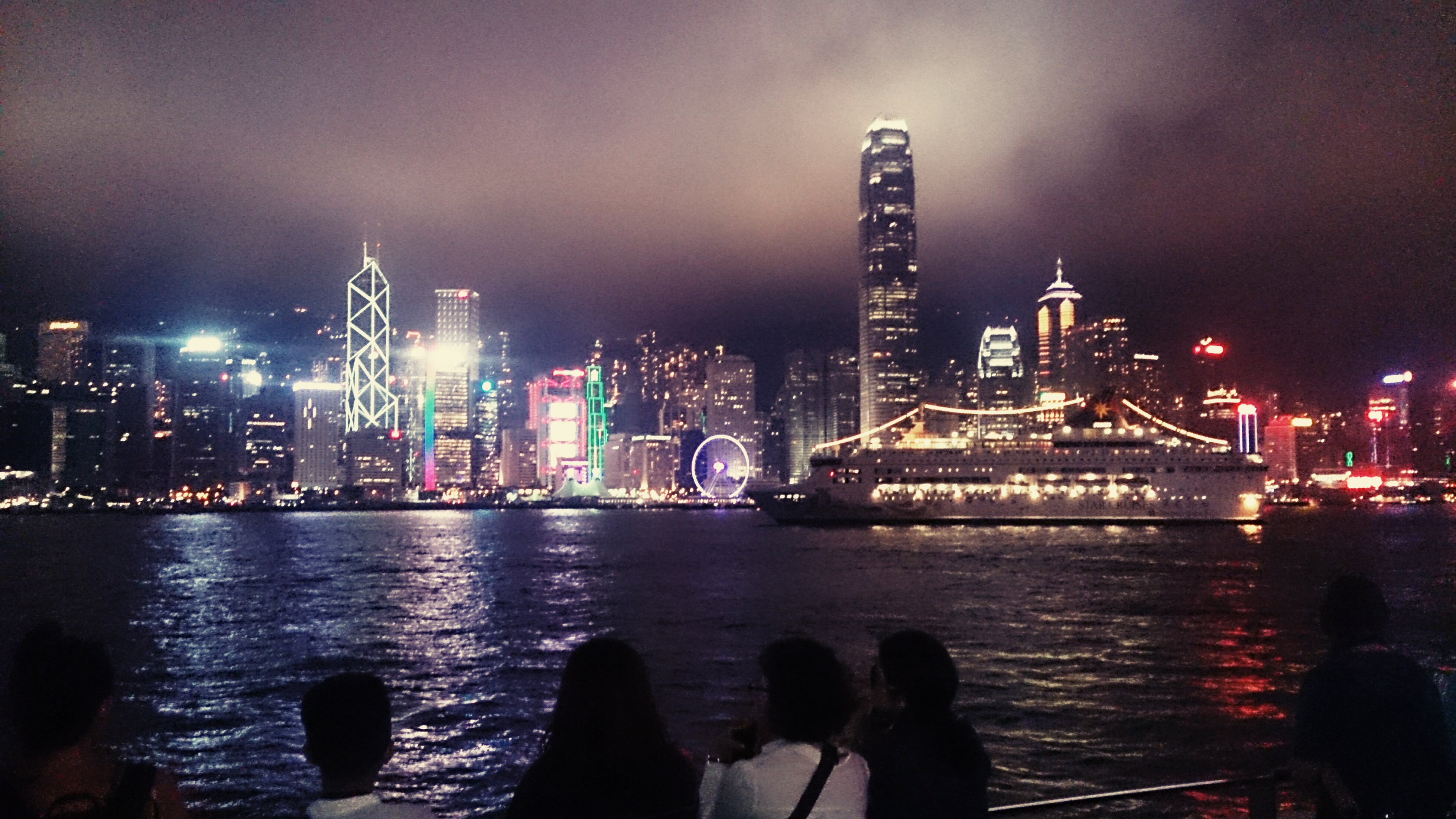 I had just returned from a winter school in China so I was sort of prepared already. I had my winter clothes packed, although I knew Hong Kong wouldn’t be as cold as Beijing.  Plus this would now be my second trip to the Asian region so I had a better vision of what it would be like culturally, demographically etc. So there wasn’t much for me to do besides enjoy my last few days at home, wait for my Hong Kong visa and residence approval (which were stressing me as it was mid-December and I hadn’t heard anything from them). But I later learned that I wasn’t placed in a residence which wasn’t an issue until I tried looking for private accommodation.

Since Hong Kong is an island it’s quite small making accommodation extremallllyyy expensive for tiiiiny spaces. But luckily close to my departure time I was re-informed that I had now been placed into a residence; which I was ecstatic about because it meant more money to spend on other more adventurous things. The visa arrived shortly after the residence placement and it was only then that I booked my flight (I didn’t want to book a flight only to have the visa delivered at a later time). But other than that there was really nothing much I did and I think that’s why it only hit me on the plane that I’m going to Asia, as a girl, alone. When the captain said his ‘ladies and gentleman descending line’ it was like the gates of my mind were opened and that’s when a lot of questions started flooding in ‘is the signage all in Cantonese?’ , ‘did I take out enough money for the cab and dinner?’ ‘how will I even speak to the cab driver’, but once the adrenaline kicks in and you see other young ‘lone wolves’ travelling, it gives you courage to embark and own your path and that’s exactly what I did; one day at a time.

Experience at the University of Hong Kong:

Hong Kong University and Stellenbosch University are almost incomparable.  Firstly I took a street elevator outside my residence to get to campus and several escalators scattered around campus to get to some of my classes; that’s how modern Hong Kong University is.  But just like the rest of the city HKU has just the right amount of modernity, tradition, city and nature. So although the university is facing the city, at the back there are several hills which one can hike.

Another major difference is the academic standard. I have always been a sceptic of university rankings, but after having studied at both Stellenbosch University and Hong Kong University, with a global ranking of 43 (according to the Times Higher Education), I must admit I felt the academic jump. Although classes were all in English and not as frequent as in Stellenbosch there were always tons and I mean tons of readings and research to be done and that coupled with the speed that comes with the second semester just made it seem as if we were semi honors students.  A good reflection of how intense their workload is: there are sleeping sections in their learning commons rooms!  Another academic dissimilarity is that I feel Hong Kong University prepares you for the working environment slightly more than Stellenbosch University.  And what I mean is although both universities have research, critical thinking etc. as values HKU takes it a step further by making presentations mandatory in all modules. And I think it makes sense as in most careers especially in the Social Sciences, will require you to present whether you are pitching a concept, conducting a briefing or reporting back. Furthermore HKU organizes several internships for any interested students before they even graduate.

In terms of specific modules, I did a module called Contemporary Chinese Issues and I felt like a first year in that class. I had never really delved into Chinese history or politics and learning about China’s history, political system, policies and problems all at the same time was a bit overwhelming especially as many of the students had previously taken subjects that had to do with Chinese politics or law, thus a lot of knowledge and analytical depth about the subject was expected. On the other spectrum I had a module called China-Africa relations but because it was a fairly new module there was slightly less work to do. However I think because the lesson/university is aimed towards an Asian demographic there was a lot of biasness and stereotype towards anything African which made the class quite personally draining. As for the dynamics in the classroom I would say it was similar to Stellenbosch where most students prefer to listen rather than continuously question the lecturer (unless they were American). But although HKU was quite academically challenging I felt the growth and I loved it. On the other hand HKU’s international office tried to encourage the social lives of exchange students by hosting various events be it hikes, parties, cultural evenings. Also the residences held monthly high table dinners which were a good way in which to meet more people in the residence that you lived in. However Hong Kong is a city where if you can think it; you will find it somewhere in the city. So one was never out of things to do it was only the dilemma of balancing  an intense academic system with a social life; but it was exhilarating.

Sometimes when we make the most of an experience that comes into our lives; it is easy to move on with joy and gratitude.  Leaving Hong Kong was one of those experiences; I had enjoyed every moment of it so when it was time to leave I left with nothing but contentedness and gratitude for all the memories and lessons I had acquired.  Also the anticipation of being able to see my family after 6 months was something to be joyous about. Driving into my home in Pretoria was probably the first time I experienced the peace of South Africa. Living in Hong Kong I didn’t notice how accustomed I had become to its busy-ness, its noise and bright lights. It was only as I stood in the middle of our garden and heard nothing but silence, the occasional chirping of birds as well as breathing in clean air thatI felt like I understood why Americans are so obsessed with coming to the ‘Africa and its safari’s’. I must say coming to Stellenbosch was made a bit easier as I had stayed for enough time at home and I was recharged by the warmth of my family. As a result I was ready to finish the rest of my academic year. Of course I had my reservations about how things had changed, moving in with my new LLL house mates, witnessing the growth of my Stellenbosch friends. But all of that sort of melts away when you land and you have no option but to act and quit contemplating.  Although I had my reservations I didn’t think I would have issues adjusting because I’ve been here for two years but as I have learned change is change and always needs adjusting to;  however I’m slowly finding my Stellenbosch rhythm again.  My future plans were sort of changed by the experience as something I realized and used to report back to anyone that would listen is how Africa has no international voice. As Africa we are too comfortable with our narratives constantly being told through the perceptions and conclusions of other regions like the West through news channels such as the BBC and CNN and recently by the East through its CCTV. Although I still am fascinated by the East,  its politics as well as its contribution to African development  I think my exchange to Hong Kong has fueled my desire to develop an independent international African voice; as the African proverb goes ‘until the lion learns to speak, the tale of hunt will always glorify the hunter’.