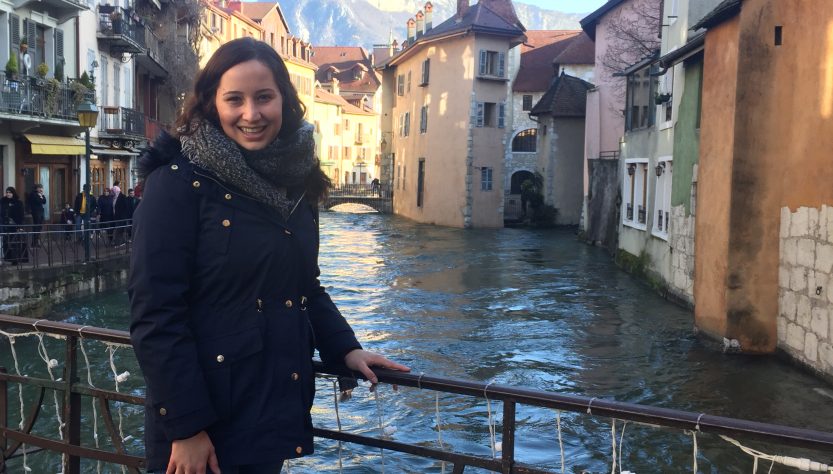 I chose to go to EBS Universität situated in Wiesbaden in Germany. The city is located close to Frankfurt, which is a major European hub, making Wiesbaden very well located. I also had family who live about two hours from Wiesbaden which was also a reason why I chose to go there.

The biggest administrative part of the exchange is before you leave. The process to get everything ready is quite tedious. There are several things that must be organised, and this can seem daunting at times. However, it will eventually prove useful that everything is completed before you leave for Europe so that you do not have to worry about these things once you arrive. I got my visa (in effect a residence permit) before I left, so all that was required of me was a quick registration at the Wiesbaden city council. The lines there can be long but the process itself is quick and free.

Acquiring the visa itself was a complicated process but fortunately the staff at EBS university were very helpful and efficient. From the first email to our orientation day as well as during my stay there the staff were very helpful. This made it considerably easier to get all the necessary documentation that I needed for my visa application. Once I had applied the process was quick and I received it within 3 weeks.

The cost for my visa was waived due to receiving a stipend, but I still had to have a considerable amount deposited in a blocked account. The required amount has recently been changed by the German government and this should just be kept in mind when doing planning for the trip as it can become quite a hefty deposit. Fortunately, if you receive a stipend then that amount can be deducted from the required blocked amount.

In order not to feel overwhelmed by all that had to be done I found it easier to keep a list at hand with an annotated calendar with important dates on it. It is easy to forget that there are still subjects and exams at Stellenbosch that require your attention in between all the planning for Europe. So, it is important to keep track of this so that you do not have too many tasks that must be completed while having to study for exams. You also want to have some time available to spend with friends and family before you leave. It is also important to have enough time available to move out of your flat and finalising any other arrangements before you leave.

One tip that I would give to anyone is to find and finalise your apartment in Germany as soon as possible. EBS puts all the Law Term students on a housing group on their online platform where German students could post available apartments for sub-leasing. This meant that I could trust the people offering the accommodation and could communicate with them through recognised channels. This proved invaluable for me since I was able to find a wonderful 1-bedroom apartment which was a 5-minute bus drive from class. I preferred to live alone so this was perfect for me, but there were also other options available to live with other exchange students or otherwise local German students. Just ensure that your accommodation is in Wiesbaden and not at the other campus in Oëstrich Winkel if you are going to study at the law school and not the business school.

Semester exchange students at Stellenbosch form part of what is known as the EBS Law Term. Thus, we were a group of about 38 students from all over the world that spend the 3 months studying together. This proved really nice, since no one was from Germany or used to their culture or the language. We formed a close-knit community that supported one another and made travel plans together. I really enjoyed meeting people from all over and getting to learn so much about many other cultures and some which are significantly different to ours.

I thoroughly enjoyed all the subjects I took as well as the way in which they were presented. The classes are very small and interactive, which makes it completely different to what I was used to at SU. The smaller setting and constant interaction helped me a lot in better understanding the subject matter as well as remembering what I was taught. This made studying for the exams so much easier since many subjects are written in a very short period of time. This is also different to what we are used to at SU.

The lecturers who presented the subjects are all experts within their respective fields, but not as lecturers but as persons working within these fields. Hence, most of them had studied law but are now working for the European Central Bank or for multinational corporations. Their experience is therefore unparalleled, and they are able to give practical examples to the work we dealt with. This really helped me to enjoy the subjects even more by knowing that there was a practical side to the work and that it was not just hypotheticals.

The university also makes an effort to organise a number of field trips to certain towns and institutions. We were able to visit one of the top law firms in Frankfurt and spend a whole day there learning more about transnational transactions. We also visited the European Central Bank in Frankfurt as well as the European Court of Justice in Luxembourg which was incredibly interesting.

I am really happy with the choice I made in the end to study at EBS Law School. The Law Term group was a special group of people who really added value to both my studies and my time in Germany. Some of the friends I made will remain with me for the rest of my life and I believe I will see some of them again! We were able to share amazing memories with one another as well as travel to interesting places with each other. The study programme is nice in that sense that it gave us the opportunity to travel in between classes as many of the classes take place in blocks. It could thus be that you have class from early morning until the late evening on the Monday to the Wednesday, but the be completely off the Thursday and Friday. This really helped to give some extra time to either travel or otherwise catch up on my South African classes.

In the end it was tough having to still do the two South African classes as well as the classes in Germany, but it was manageable. The key is just not to get behind on the classes and to make sure you schedule enough study time before the exams. Then once the German exams come then you will have Mercantile Law and Evidence behind you and you only have to focus on the German exams.

The programme in Germany formally concluded on the 18th of December. This was exactly 3 months on the day from when the programme also officially started. It is therefore not such a long programme to do and would enable a person to return to South Africa in time for Christmas. I however decided to stay on until the first week of January to allow myself to travel around Europe a bit. This was wonderful since I could travel stress-free without having any study commitments.

Returning to South Africa and settling in again proved very easy to me. I did not have troubles adjusting as it was always just going to be a sojourn to Europe. I never had the intention to stay on longer or return for future studies. Thus, for me it was special to come back to see people that I had missed so much while I was away. I quickly slotted back into life as it was before I left, and I am grateful for this. There are times that I miss the European lifestyle, but I do appreciate the sunshine and vibrance of South Africa again. I would have to admit that the winter weather was something that I struggled considerably to get used to. I didn’t mind the cold that much, but it is sunshine that you start to miss a lot!