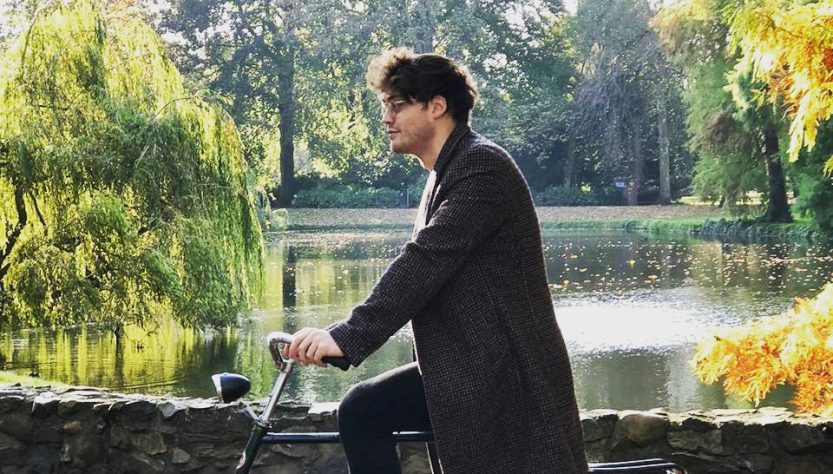 While it may – for a long time – seem as though your departure date for the Law Exchange Programme is in the distant future, you should begin preparing early as, before you know it, your Company Law and Evidence oral examinations will be over and it will be time to start packing your bags! Below are a few notes outlining my (unforgettable) experience in Utrecht which I hope may be of assistance to students thinking of pursuing an Exchange Programme there.

Luckily, Utrecht University is really good with guiding you every step of the way and, if you do what they tell you to, your pre-departure process should be an easy one. One thing you’ll notice when interacting with the Dutch is that they are a pleasantly efficient people and your encounter with the Dutch Consulate in South Africa will be your first experience of this when applying for your visa and residence permit! Once all your documents are in order, the whole visa process should take no longer than two weeks.

If I have any advice in this regard, it’s this: firstly, don’t worry about being refused entry into the Netherlands! I remember that, for some reason, I feared that all my hopes of going on exchange would come to nought at this stage of the process, however, such fears were unfounded. Secondly, make an appointment with the Consulate before collecting your visa and residence permit (I remember that the email wasn’t too clear in this regard).

Probably the most important thing for you to do in the pre-departure process is securing housing in Utrecht as there are many people looking to get their hands on whatever accommodation they can in a city, which has little accommodation to offer. Secure housing as early as possible! I secured housing through “SSH”, a student-housing company in Utrecht, which I found to be cheap in comparison to other housing in Utrecht.

The accommodation itself was rudimentary but adequate and was about a 15-minute cycle outside the city (a lot of people live slightly outside the city and commute to work/campus). What’s nice about student housing is that you’ll be staying with other international students from all walks of life who will most likely be your first friends in a foreign place.

If you’re looking for something a little more luxurious than student housing, I recommend posting on accommodation groups on Facebook. I met friends here who lived in a lovely apartment and who met online before moving to Utrecht.

Step 3: go to the dentist

While you’re still in South Africa, it’s probably a good idea to make sure that you won’t need to experience the (very good) healthcare provided by the Dutch. So make sure you have enough prescription medicine for your entire stay and go to the dentist! I had to have an unexpected root canal while in Utrecht which was luckily covered by my health insurance, but it would have been nicer not having to use my health insurance at all.

I can confidently say that my choice to study in Utrecht was the best choice I made all year. The city is easy to fall in love with – I will never forget my time here – and, if I’m being honest, I don’t think I would have chosen a different place at which to spend my semester abroad!

One thing you’ll notice immediately upon entering this once-Gothic city is its beautiful architecture, cobblestoned roads and charming canals (hint: make sure to go on a canal cruise while the weather is still warm). You’ll find that getting lost will become less of an accident and more of a hobby and that going to early-morning classes becomes a lot more bearable. Being a small city, Utrecht is perfectly sized. You’ll see the benefit of this as many of the more beautiful cities in the Netherlands (like Amsterdam or The Hague) are swimming with tourists which can be tiring. However, in Utrecht I never felt as though I was bumping shoulders with tourists despite the many attractions the city has to offer.

The people are (almost always) very friendly and are eager to help you in those confusing first days living in a new city. Absolutely everyone speaks fluent English, but learning a bit of Dutch is a fun way to indulge in the culture, as is riding a bicycle or eating too many ‘oliebollen’ during the festive season. Utrecht also has a number of cafés, restaurants and bars (try Lebowski, Beers & Barrels and Mick O’Connells), and however, eating at home is certainly easier on the wallet!

My experience with the University itself was also a very pleasurable one. The modules that were offered to me were all interesting, the lecturers were all highly knowledgeable, insightful and easy to talk to and studying in an international setting offered to me a completely new and invaluable academic experience.

If I can offer some advice that I wish I was given before I went to Utrecht, it would be the following: first, transferring money from a South African bank account to a Dutch one can be costly, so rather don’t open a Dutch bank account and, instead, try apps like Revolut or N26 which are far easier and cheaper. Second, don’t buy a bicycle for more than €80. Alternatively, one can rent a bike for €10-15 p.m. through Swapfiets or CheapAssBikes. Third, pack warmly. I personally found that the Netherlands was not as cold and rainy as people warned, but one can never be too prepared! Lastly, take advantage of the many travel destinations that are at your doorstep. I myself travelled to places in five different countries while I was in Europe, including Vienna and Budapest!

Surprisingly (especially in view of the fact that my bags were overweight upon my departure to Amsterdam), my bags were 3kg underweight upon my departure back to South Africa. I think one way I reduced the weight of my bags was perhaps to sell those pesky Company Law and Law of Evidence books that I had to bring along with me, including the stacks of notes that accompanied them. Also, make sure to pack all the gifts for your friends and family in your hand luggage so as not to add any unnecessary weight to your bags.

Upon returning to South Africa, the first thing I noticed was the February heat. It certainly took a day or two to adjust to the weather and the strange feeling of being back home after Utrecht being my “home” for about six months. I was pleasantly surprised to find that being back home wasn’t nearly as bad as I thought it would be. In fact, being back home made me remember all the things that I had missed while abroad, including the sunny weather, my friends and family and the fact that there is less stress on my wallet! Moreover, recounting the stories of my time abroad hasn’t (yet) grown old as it makes me appreciate my time in Europe all the more!