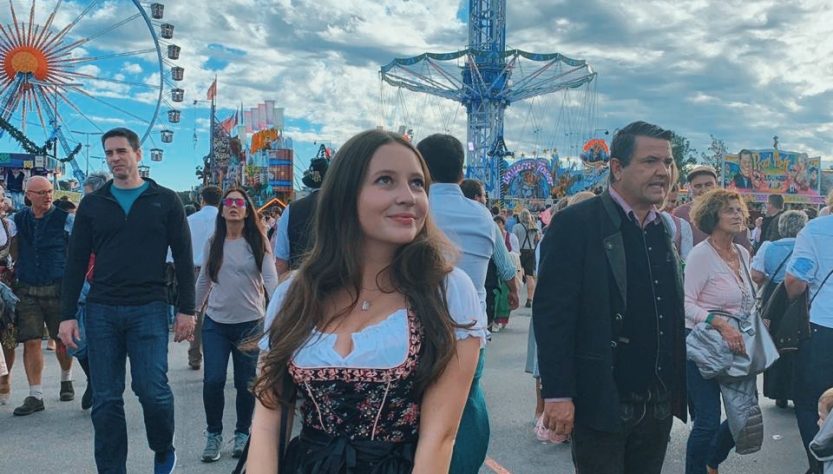 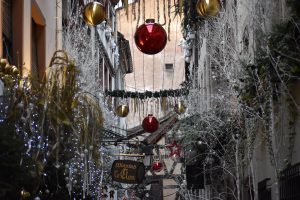 As part of Stellenbosch’s International Business degree, students are given the opportunity to spend a semester abroad. It was the semester I’d been waiting for since applying for the degree, and it is still hard to believe that it’s over. Since First year I’d dream of spending my exchange in France, so I chose Strasbourg as the city where I’d be staying for the next four months.

Once getting accepted into EM Strasbourg, all the organising, planning and appointments started tumbling in. I could finally focus on researching and getting excited about one specific place: Strasbourg. Getting a French visa was a very smooth process. I did it all through Capago in Cape Town and had my visa within three weeks.

One of the more stressful parts pre-departure was securing accommodation and doing research on which accommodation would most suit me in Strasbourg. The university offers student accommodation which is definitely the most affordable option. However, it works on a first come first serve basis, so if you are thinking about staying in a residence you need to make sure you are sitting at your computer the moment the application opens. I stayed in a residence called Paul Appell. It was perfectly located being a 15 minute walk to the school and a 15 walk to the heart of town. There is also a university restaurant in the residence which offers three course meals for 3,30 euro! Other residences that I would recommend would be La Marne and La Somme, both of which are situated directly opposite the school but are a bit further from the center of town. There are also a lot of private accommodation options if you don’t think a residence would suit you. Many students stayed in shared apartments with other exchanges or French students which is a very nice way to get to know locals.

I left for Strasbourg at the end of August, and it was still 30 degree weather. So make sure you pack clothes to get you through some hotter days. I would recommend buying a winter coat there as there are so many better equipped (and fashionable) options available. I flew Emirates, which meant I was allowed two check in bags (something that you will be very thankful for when coming home). Strasbourg airport is very small and didn’t have many flights flying into it, so I flew to Frankfurt and then took a Lufthansa bus to Strasbourg which was a very quick and easy option. 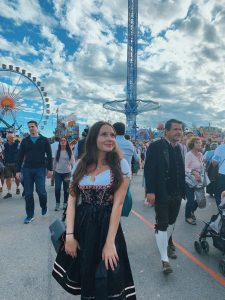 Living and studying in Strasbourg

Studying at EM Strasbourg was very different to Stellenbosch- but in the best way. The school itself is not situated on the main campus, but instead a few minutes walk away. It’s a very impressive and modern building where most exchanges had all their classes. Classes were a big shock to me. Most classes are either 3 or 4 hours long and have only about 25 students in them- all of which are exchanges. I was expecting to have class with some French students, but all the classes offered to us were solely for exchange students and therefore taught in English. Having such a small class was quite difficult at first as it meant a lot of participating and engagement, which does not happen in a usual 200 student lecture. This ended up being a great way to meet people as after a 3 hour lecture all 25 of you have no option but to get to know each other.

The courses that EM offer are one of my favorite things about the school. They are so diverse and were so different to any courses I have previously taken. The courses I chose were Introduction to European Economic Policy, which gave me an insight into the inner workings of the European Union (especially interesting due to Brexit); Economy of Happiness; French B1; Intercultural Management; Business negotiations and Grape and Wine Knowledge. My personal favorites were Business Negotiations which included workshops where we got into groups of six and role played business negotiators. Grape and Wine Knowledge was another favorite as Alsace is main wine region in France and the course included a wine tasting in a beautiful wine producing town called Ribeauvillé.

Strasbourg is incredibly central within Europe, which meant that weekend travels were very easy for us. We took full advantage of all the budget transport options such as FlixBus and Ryanair which allow you to travel to most cities very cheaply. I was fortunate enough to travel to Germany, Poland, Denmark and discover a lot of France.

The French culture is something that took a while to get used to, and also really made me appreciate South Africa and cultures back home. Most people in Strasbourg don’t tolerate a lot of English- specifically when doing any admin regarding university accommodation. The residence’s reception, grocery stores and restaurants only spoke French and most of the time wouldn’t attempt any English. This really did force me out of my comfort zone as I had no other option but to practice my French. The language barrier is very real, but apps such as Duolingo is very a good tool to start learning the basics of the language.

Strasbourg itself really does look like something out of a fairytale. There are canals that form what is called ‘Le Grand Île’, with picture perfect bridges and Hansel and Gretel looking houses. The city is small enough that you get to know your way around pretty quickly, but by the time I’d left I still hadn’t discovered half the things there is to see. My favourite time of being in Strasbourg definitely has to be December. The city transforms into an actual winter wonderland with Europe’s biggest Christmas market open every day for a whole month and the most magical Christmas lights hanging in every street. My favourite memories are my friends and I gathering at the markets with our Vin Chaud, strolling through the festive streets. 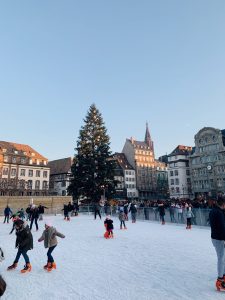 I was lucky enough not to have felt very homesick while I was away. I adapted to my new life in Strasbourg quickly and found comfort in a group of other exchanges who became like a second family. Saying goodbye to Strasbourg and everyone I had met there was emotional and knowing that this experience that I had waited three years for was actually coming to an end was a very surreal thought. However, the thought of returning home was also very exciting as it meant seeing friends and family again and enjoying a month of summer holiday.

I’m not going to lie though; the actual return home was a bit underwhelming and anticlimactic. I remember before leaving on exchange, a previous student told me that coming home felt like stepping off those moving ramps you get at airports- and that couldn’t be a more accurate description. For the last four months your life has been a whirlwind of traveling, meeting new people, learning new things and being completely independent. Coming back home and having that all stop comes as a bit of a shock to the system. Exchange exceeded all my expectations and I couldn’t be more grateful for this experience. It inspired me to open up options of going abroad after studying, but it also made me appreciate South Africa and everything that this country has to offer.