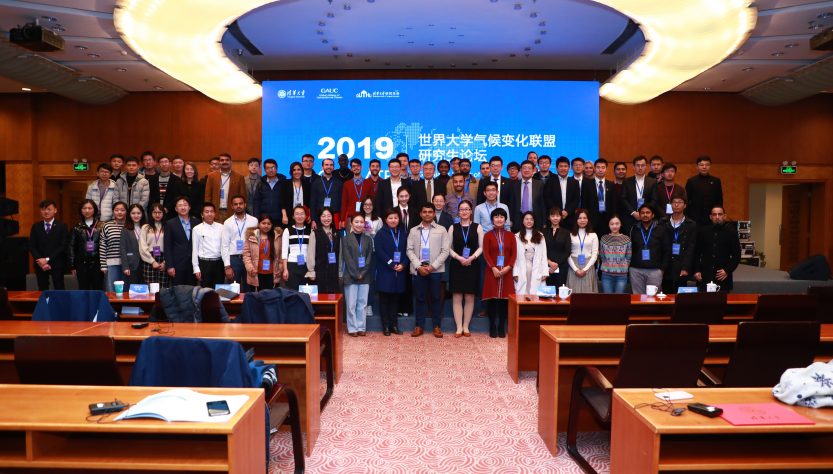 Graduate Academic Forum of the Global Alliance of Universities on Climate at Tsinghua University in Beijing, China

The Global Alliance of Universities on Climate (GAUC) was established at the annual meeting of the World Economic Forum in Switzerland.  The aim is to create international collaboration regarding support measures for the United Nations climate change and Sustainable Development Goals.  This alliance consists of twelve leading universities internationally, of which Stellenbosch University was included as the African continent’s representative in climate change research. The need was identified for the active exchange of information at a student level regarding climate change.  Hereby the very first Graduate Academic Forum of the GAUC was set in motion by inviting student representatives from each member university. 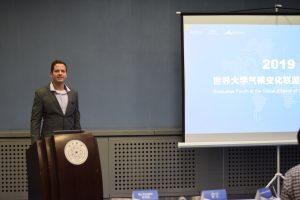 The following detail describes the preparations I had to undertake for the trip and will provide a good perspective and guideline of what to expect to the students that follow the years to come.  The first priority is to start applying for a visa and collecting all the documentation needed.  Fill in, print and sign the online application form to take with you.  Apply for a type F visa.  Visa photos should be sized 33mm x 48mm (measure them since the photo shops make mistakes sometimes), and make sure that you comply to the Chinese guides of how the photo should look.  Also bring along your invitation letter from the organisers or Tsinghua University.  We were fortunate that the organisers sent us invitation letters signed by the Chinese Minister of Education.  Copies of passport pages, proof of registration, flight and accommodation reservations, and a leave letter written by your supervisor should also be taken with you.

The Chinese consulate is situated on the 20th floor, 1 Thibault Square, Long Street, Cape Town.  They open 9am and close 12:30pm, 9am is the recommended time and the traffic isn’t great there so be sure to check on Google Maps for the predicted TOA from where you are driving (from Stellenbosch it should take you about an hour to two hours). You can use the Thibault Square Parking (it is under a neighbouring building) to park, take cash to pay parking.

When packing one’s bag it is important to consider the weather to be expected.  Beijing is very cold in November so pack gloves, a scarf and long johns or thermal underwear for under your pants.  Puffer jackets are the preferred type of clothing to insulate against the cold in Beijing and are widely worn by the locals.  Layering one’s clothing also works well.

It is a good idea to have a copy of all your documentation with you during your flights, especially your letter of invitation confirming your purpose of visit.  It does happen that customs experience problems with your passport and ask for documentation.  Buy a Chinese SIM card at the airport in China to make your journey easier.  Remember with some carriers to cancel your SIM card before leaving the country, as this could apparently have implications such as blacklisting. We used Unicom and they confirmed that the SIM card we bought does not require cancellation as it will terminate by itself after a certain time.

The organisers relied on WeChat (Whatsapp does not work in China) to communicate the arrangements to all the attendees in a group chat.  Install WeChat early on as it is tricky to get it up and running, you need to be invited by another Chinese/user on the app and it is not unusual to get blocked.

The organisers provided us with accommodation at one of their guesthouses/hotels in shared rooms of 2 -3 persons. We received meal cards to use on campus and breakfast was included at the hotel.  It is easy to get lost on campus, especially if you rely on google maps.  The best is to stay in groups, use the campus map or install the Chinese map apps, Didi (their Uber app), and Alipay (like Paypal).

I was selected to do a presentation on my work, it entails how an existing city’s infrastructure can be transitioned to become a smart sustainable city.  The organisers provided us with themed templates for posters and presentations beforehand. The forum started with a welcoming reception in the evening where the GAUC welcomed us with special entertainment ranging from singing, Chinese opera and a magician.  The first day we attended the opening ceremony that entailed the opening address and keynote speeches by selected chairs of the GAUC Leadership, ending with a panel discussion.  Most of the speeches were in Chinese/Mandarin, but a translation service was in place so that everyone were able to participate.  The poster sessions and presentations followed during the main part of the forum, including the World Youth Roundtable, where the Youth Declaration on Climate Change was established, to discuss and promote the role and involvement of students and the youth in tackling climate change. 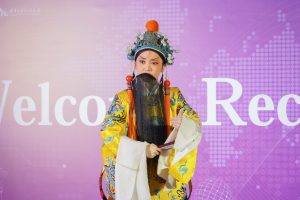 Sightseeing is a must in Beijing.  Beijing is also very safe due to their thorough camera surveillance, but make sure that you arrive home before 10pm or 11pm, as taxis become scarce and the rail metro closes.  After 5pm temperatures drop drastically.  Shops are open until 9pm, but close earlier on Saturdays.  Make use of TripAdvisor recommendations for visiting the tourist sights.  One of the sites are very near to Tsinghua University and ideal to go see after the forum.  It is the Summer Palace which showcases some of China’s most amazing heritage and scenery.

During the forum delegates had a choice to help write an email to the Chinese president, Xi Jinping, about the challenges and reality of climate change and how this matter is of great importance to a country but especially the youth.  After returning to South Africa the feedback from president Jinping was shared with the students who participated and the students had the opportunity to again comment and provide their insights in another response. 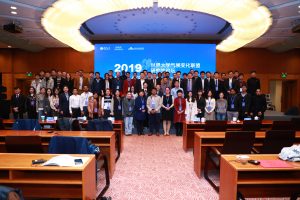