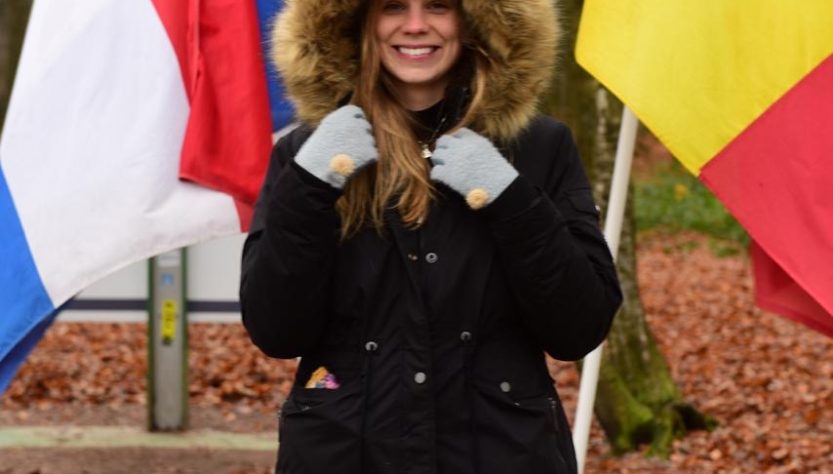 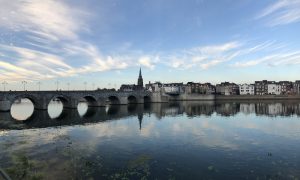 The administrative tasks involved in the application process at first seemed overwhelming, along with the high university workload, new and foreign courses at the start of the academic semester, and future career and degree prospects. The preparations involved only an initial swamp of administration, but once my exchange was approved, correspondence with the exchange university (Maastricht University) was a breeze. Whenever I had a question (i.e. regarding approval to register for an additional course), I received a response from the university on the same day and often even within the hour. For instance, I was nominated to receive a scholarship from UM, but overlooked the fact that this only meant that I was allowed to apply for the scholarship and not that I automatically received it. I realised this a good few months after the application deadline. I contacted the university by email immediately and asked if it was too late to apply and was pleasantly informed that there was still a scholarship available for me. It just goes to show that you should never count yourself out and if you do not ask, you cannot receive.

The university has a visa office that arranges your student visa for you. This also involved a decent amount of administration and numerous emails from the university’s visa office to amend the documents I had supplied. The email communication was timely and well managed on the part of the university, although it is very important to regularly check your inbox and stay on top of deadlines. Submitting the application as soon as possible is also the preferred way to go in case the visa office asks for the documents to be amended (something I was requested to do on two occasions).

The only thing that did not go well regarding the application process was getting email responses from lecturers regarding the approval of courses. In this case, I would highly recommend that future exchange students approach their lecturers well in advance to sign off on their learning agreements in person, rather than via email. This makes it both easier for the lecturer and also ensures that your learning agreement is signed in time.

The only other pre-departure stressor that I faced, and a prominent one at that, was finding accommodation. In my case, exchange students have to arrange their own accommodation. For UM, there is also the UM Guesthouse that is solely for short stay students, but by the time I had started looking for accommodation here, there was only one spot left in a shared room with no room divider. By no means was this an ideal situation for 6 months. Accommodation is notoriously difficult to find in Maastricht and half-year contracts even more so, so one has to arrange this months in advance. It took at least a month of searching, comparing, messaging, waiting, and hoping. I eventually posted a Facebook ‘advertisement’ of myself on a room-search page and was relieved to be contacted a few days later by a girl with a room for me to sublet. As a large majority of UM students leave for a semester exchange or an internship, I think finding accommodation from students who sublet is the best option. 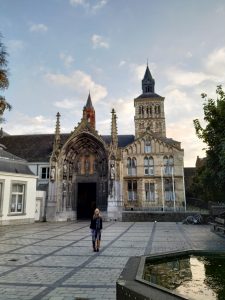 The academic experience at UM is different in one very substantial way: the Problem-Based-Learning system. Students learn in small tutorial groups and participate actively by following the PBL-structure. One student is selected per tutorial to act as a discussion leader, guiding the session, where a staff member, PhD student, or even the course coordinator facilitates the session so as to keep students on track with the necessary learning material.

The lectures that were presented were also less frequent and longer in duration than those offered at SU. Many of the courses had a new presenter each time, as the different lecture topics were presented by top specialists in that particular field of research. This I found to be particularly exciting, as we were taught by specialists within niche fields (i.e. psychosis, insomnia, cognitive enhancement, and the neurobiology of depression).

The academic courses that I followed were also significantly different to that offered at Stellenbosch. Stellenbosch’s Psychology Department is a whole different world compared to Maastricht University’s Faculty of Psychology and Neuroscience (as the faculty name would imply). UM focuses on Clinical and Biological Psychology, as well as full-on neuroscience courses. Psychology students at UM take statistics from their very first bachelor’s year. Students here with a BSc in Psychology, whereas in South Africa, the only route becoming a psychologist is to major in psychology in a BSc or BA degree which comprises a multitude of courses that may be entirely unrelated to the specialisation of psychology. This environment moulds an entirely different psychology student to that of South African Universities. The faculty also has its own building that is connected to the Life Sciences building and a hospital where students conduct research. If you are into neuroscience and neuropsychology, you may also be just as excited as what I was when I saw a giant statue of a neuron on the building.

My personal experience of university and career opportunities has also shifted in a drastic way. I was exposed to far more choice in what I studied. I also felt a sense of acknowledgement, encouragement, and opportunity for the career path I had chosen in my first year of studies. In the three and half years of my studies at Stellenbosch, myself and many other students were highly stressed because of continually being told of the small chance to be selected for the honours and master’s programmes. This fact which was drilled into us from the very start and led to self-doubt and a feeling of continuous competition among students. Coming to Maastricht University, my fellow classmates and I were all addressed by top academics as “the future psychologists of the world.” I felt inspired, motivated, and challenged in ways that I had been craving for a very long time.

There is almost an infinite stream of posters advertising research participation to students. This is an exciting and fun way to be part of a study and see how behavioural research and neuroimaging equipment works. It also a sure way to make some decent extra cash on the side. I also found the staff to be warm and accommodating and I effortlessly landed a position as a research assistant by simply asking to be involved. 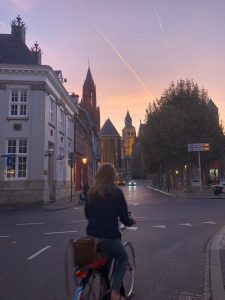 Although South Africa is a highly diverse country, my experience abroad has definitely made me more appreciative of diversity. UM is termed the European University of the Netherlands and over 50% of students and 40% of staff are from abroad. People are eager to learn about each other’s different cultures and often gather to have ‘international dinners’ where each student makes a dish from their home country.

Coming home has once again made me realise how lucky we are to live in a country with great mountains, beautiful beaches, wide open country sides, and long summers. The Netherlands is highly built up, very densely populated, and the winters can get very cold, dark, and wet. The short days in winter was probably the hardest aspect for me, although it is definitely a trade-off between this and first-world transport and a constant feeling of safety and equality. Whilst abroad, I was safe walking a long distance home from a friend at 11pm at night – a common activity for all students. This is something unheard of in our country and an aspect I sorely miss.

The trip has also made me realise that psychology research at South African universities has shifted to focus on issues related to HIV, poverty, gender-violence, group therapy, and race, since these are some of the most pressing issues in our country. Unfortunately, many students like myself who are interested in Clinical and Biological Psychology reach a dead-end and are then faced with the problem of not being able to pursue our academic interests in our own country, but must instead pursue these interests abroad with the option to bring this knowledge back home.

My trip abroad has also opened my eyes on the great desirability for South African students at European universities. In fact, I have been told numerous times that being from  outside the European Union, and particularly from Africa, counts in your favour for acceptance into the more competitive master’s programmes. Scholarships are also plentiful for non-EU students and there are also a handful set aside for South African students specifically.

The experience has most certainly solidified and stoked a passion of mine. It has also reassured what I have been wanting to do for the last four years – that is, to pursue a master’s degree in neuropsychology at UM. I most certainly plan to return to Maastricht in a few months for this 2-year degree programme. I have also learnt about outstanding paid PhD positions that are offered in the Netherlands, where you obtain your PhD whilst you act as an employee of the university. Realising that such opportunities exist have made me hopeful, excited, and ambitious for my future career and only more eager to expand my capabilities.