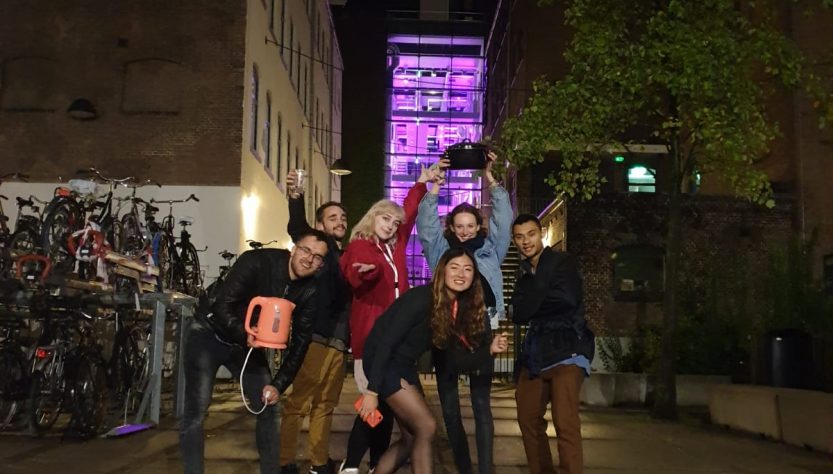 Initially, I wasn’t convinced I would be going to Amsterdam, the Netherlands to study towards an LLM (Master’s in International Trade Law). Those dreams were realized after being asked, “What would you be doing in the Netherlands?” at the Passport control at Schiphol International Airport.

I applied for the Stellenbosch Global Exchange Program. Those applications you apply for, knowing that the chances of it succeeding are limited. I was called for an interview and got accepted. The panel asked me where I would like to study. I replied, “In the Netherlands, somewhere close to Amsterdam”, after all, this is where the modern stock market was invented, it is also one part of the legal system we use (Roman-Dutch and English law). I was in, now I needed to prepare. 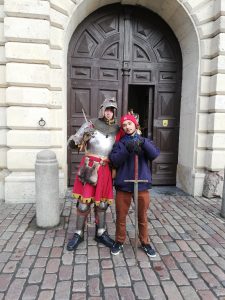 The visa application process was uncomplicated.

I applied for a South African passport which Home Affairs, in Wynberg, processed in 21 working days. I filled out the passport application form DHA-73; attach two photos and paid the application fee. Once the passport is received, continue as below.

The Visa application is done at the Dutch Consulate General in Strand Street, Cape Town. For the embassy, an online appointment is necessary. Do not show up at the embassy and expect to be helped.

After getting an appointment, I went to the Consulate. I handed over my passport document to be shipped to the Netherlands. This was approved and brought back, Schengen visa installed, the process took a further 15 working days. What this means is that if you apply for your passport on the first of June 2020 at the very minimum you would only get your passport, visa included, on the 20th July 2020 (Roughly 36 working or 50 calendar days later).

During this time, you have to purchase flight tickets, spend time with loved ones, deal with normal life, worry about passports and visas, and focus on school. I spent a lot of time crying and enjoyed one or two mental breakdowns.

Instead of using the travel agency, flight tickets can be purchased on www.Skyscanner.com. If you know when you will be flying, booking tickets in advance is cheaper. I recommend this sight as they compare all available flights and let you chose the best fit. Do some reading before the time and make sure that everything regarding your ticket is valid.

There is a lot of reading involved when choosing accommodation or medical insurance (which is mandatory); You will get tired of reading, you will have to read the same document 50 times, but you have to read them.

I was lucky because the cheapest accommodation was also the nearest to the University of Amsterdam. I chose this and paid one month deposit for the room. There’s a housing shortage in Amsterdam; mostly due to high numbers of tourists and because of this you need to act fast! Even the locals do not have access to housing near campus. 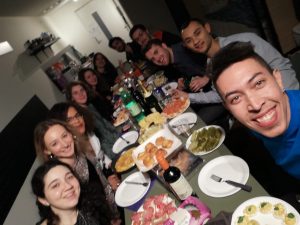 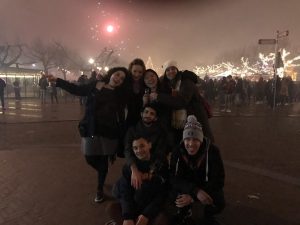 There is a significant difference between the academic program at the University of Amsterdam and Stellenbosch University. This is evident in the work load and the exam.

At Stellenbosch University the Masters courses are held only at night. There is a 15 week course block where a student takes two courses. The exams are spread out over usually a month block.

At the University of Amsterdam, the Masters courses are held throughout the day and night. There is only a 7 week course block where students take a recommended two or three courses. The exams are all scheduled in the same week.

Because the same number of courses have to be completed in half the time and the exams, (Typically 4 hours papers at each university), are not spread out over a longer time, the workload feels more intense. This is highly stressful and the limited time forces you to work twice as hard, pushing you past what you think you are capable of. Mental breakdowns in this time, for me and friends, were all over the place.

Both Amsterdam and Stellenbosch are student towns; there is always the perfect environment to talk about interesting topics. You are surrounded by Art, literature, politics, language, science, business and psychology students. It provides the perfect ground for learning as everyone that you interact with has a layer of education that can influence your learning style and way of thinking.

The academic program is extremely current; European Contract law had an element of block chain technology, smart contracts, and crypto currency. What helped a lot was that I could read about my studies in everyday news articles and blog posts. The relevance and focus on technology really opened my eyes to the future. I could only compare this with the course I took in Sustainable Development law at Stellenbosch which was also modern. 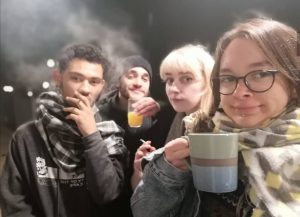 Returning to South Africa was extremely difficult for me. After finishing at the university I decided to extend my flight tickets to the last day of my Dutch residence permit. I had not seen enough and now I would have the opportunity to learn about life in Europe, out of school. Oh my, the mental breakdowns.

I had two weeks left before exams, before having to leave my student residence, without a job as my temporary working permit (TVV) expired. How was I supposed to do this…while having multiple mental breakdowns?

I quickly realized that the Netherlands had a housing crisis and shortage of available accommodation due to limited space and an enormous number of tourists. This made finding an apartment for Anna and me almost impossible. I stayed in 3 hostels for a week each before finding accommodation.

Thanks to being able to travel through the European Union with our student documents, we took a bus, through the Netherlands, through the entire country of Germany, and ended in Warsaw, Poland.

Moved into the apartment and I found a job without speaking a word of Polish, in a town where everyone either spoke, Polish, Ukrainian or Russian. Insane! I worked at a bar and spent a total of 2 months in Warsaw.

As COVID – 19 hit, the boarders of Poland closed. I applied for a government Repatriation flight after four of my airplane tickets were cancelled. I contacted multiple agencies: The South African consulates in the Netherlands, Berlin, Warsaw and the DIRCO head office in Pretoria, a charter plane was booked from Frankfurt International airport in Germany to O.R Tambo International Airport in Johannesburg.

It was COVID 19, all land boarders were closed, there were no trains, no busses, no airplanes and crossing the border into Germany meant 14 days quarantine. This felt impossible and once again, Mental breakdown.  I got into contact with a South African who was in the same predicament. She hired a car; I drove 16 hours from Warsaw to Frankfurt, on the wrong side of the road, with a left hand drive car. At the Polish border the two officers did not speak a word of English, standing with riffles and examining our documents before calling a second higher ranked army vehicle to drive us over the German border.

After landing at O.R Tambo International Airport, we were transported to Boxburg for mandatory government quarantine. We were provided with food and accommodation; I stayed for 9 days at the hotel before I hitchhiked with three Portuguese speaking Angolan gentlemen who were also in quarantine.

South Africa needs to change in many ways but some things should stay the same. South Africa has an excellent transformative constitution; most European countries do not enjoy the same rights we do. But we have a giant problem, an under educated population, mass femicide and a lack of infrastructure. We need to learn how to use the internet and we need to manufacture cheap computers. This will expand our overall knowledge pool and we would be able to better the lives of the people we interact with daily.

My personal goal is to focus on lifelong education, get access to basic materials and to help people that need it the most.

This has been the most unique experience of my life thus far. I studied in the Netherlands, visited Belgium, drove through Germany and lived in Poland. I know this, and at the very end during the COVID 19 crisis, would be engraved in my memory forever. I will definitely travel in Africa and abroad again. Each place is so unique and cannot be given justice on paper.

Thank you, Stellenbosch University, for giving me this opportunity to go abroad and opening my eyes to the world.